By Meghna Gangwar
Developer and author at DigitalOcean. 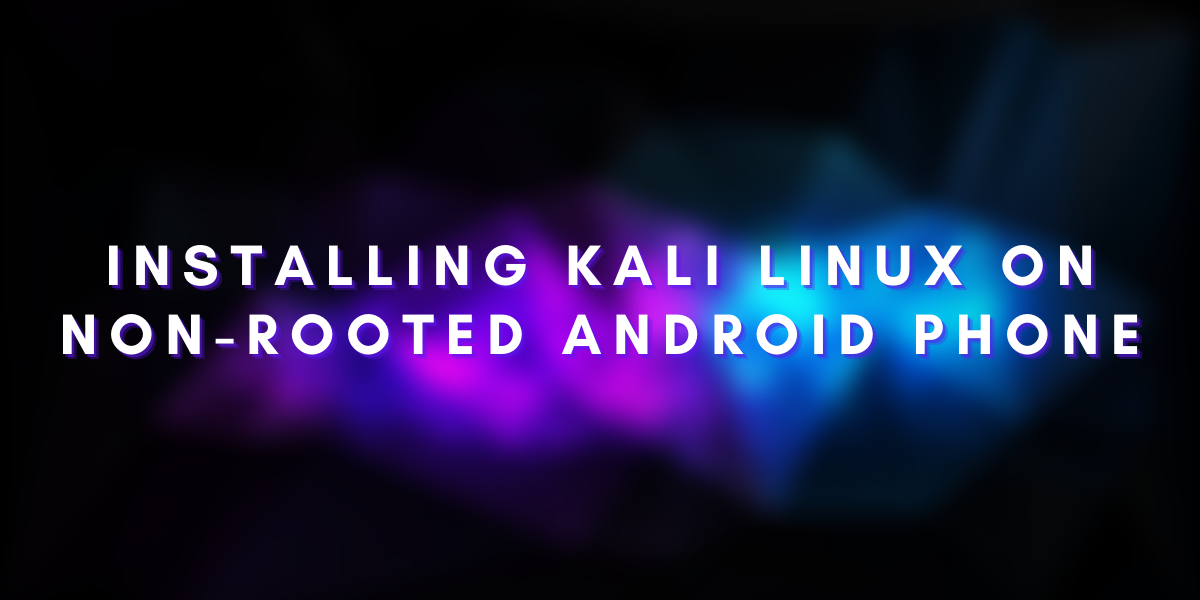 In this module, we are going to learn how we can install Kali Linux on non-rooted Android devices and turn them into pockets hacking machines! Let’s get started

Below we’ve outlined the steps to install Kali Linux on Android devices that are not rooted. During the tutorial, if you wish to access your android device from your computer using SSH or even setup a web server, you can read through this tutorial.

First things first, we need to install Termux and Hacker’s Keyboard on our Android Device.

You can fetch these apps from Google Playstore.

2. Setting Up Our Environment

First, update and upgrade the system with :

Next up we need to setup our system so that we can access the files created by Termux outside of our Termux session as well. This can be done with :

Once done, we can proceed to the actual installation step.

3. Fetching And Executing Our Script

Next we need to fetch and execute a script which will install Kali Linux for us. To fetch the script, type:

Now, we need to make the script executable and run it with:

This will fetch Kali Linux files and install them for us on our Android device. The script would fetch around 1.5GB of files so naturally, it might take a lot of time depending upon your network speed. Once the script is done extracting the rootfs file, you can even delete it.

Once the script has finished, you can run Kali Nethunter from the CLI.

This would drop into a shell on Kali Linux. You can now use Kali Tools or check your OS with

Now we have successfully completed our install of Kali Linux on our non-rooted Android as well !

Note that on non-rooted you cannot use some tools which require root permissions . However, this still remains utilitarian when performing memory intensive operations like Password cracking and bruteforcing. Most mobile devices nowadays come with a lot of RAM and brilliant processors which can help to crack password hashes or bruteforce our way into systems all the while retaining the functionalities of a normal Android Device.

It doesn’t work with me I don’t why,I need help guys

It is telling me no such file or directory found