Personal tragedy is a force that knows no limits; one that can debilitate as much as it can inspire. For Pedro Lau Semedo (he/him) a series of painful family health challenges was a driving force for him, along with Luis Rivera and Alejo Martínez-Sansigre, to co-found Kognitas.

Kognitas helps busy geeks get healthier by making lifestyle change intuitive: change as data drives experimentation. With the support of a personal Health Coach, users try from a growing collection of small experiments & challenges to find what works through wearable & biosensors data.

An Aerospace Engineer and Technologist in his previous career, Pedro now dedicates his life to helping others regain their health, and his along the way. 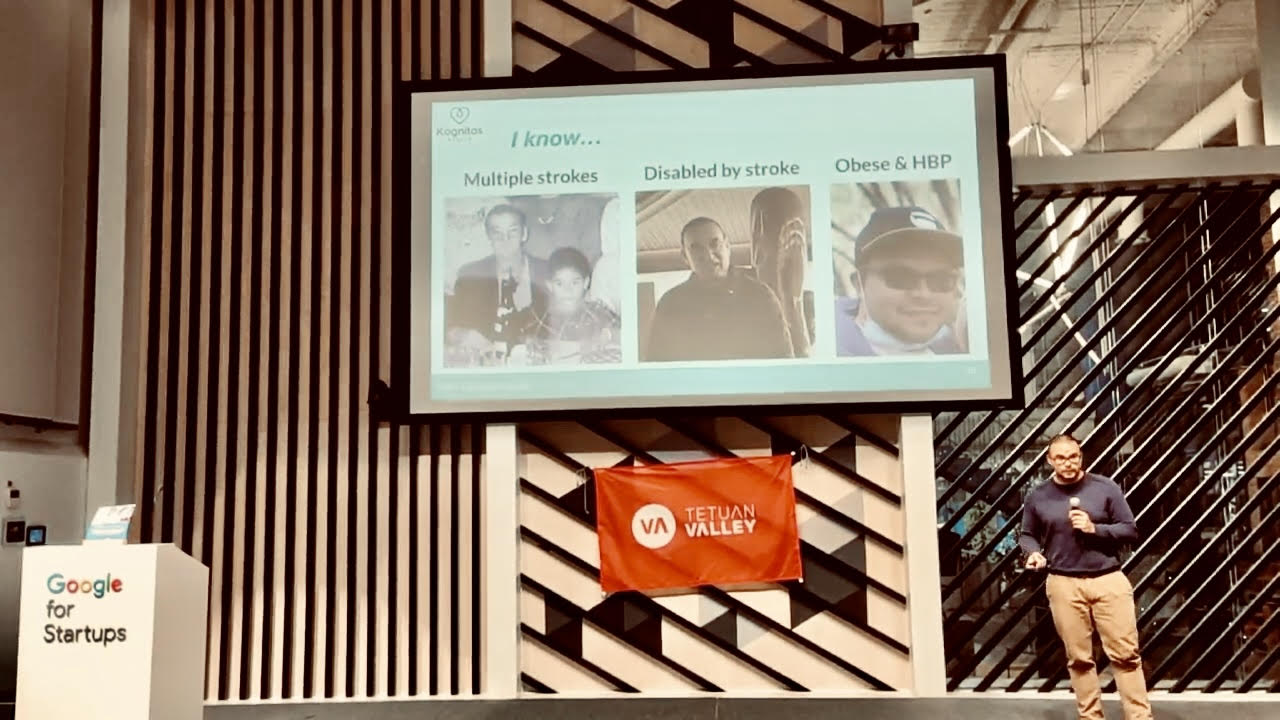 Pedro Lau Semedo presenting about Kognitas at the Google Campus in Madrid during the Tetuan Valley Startup School in 2022.