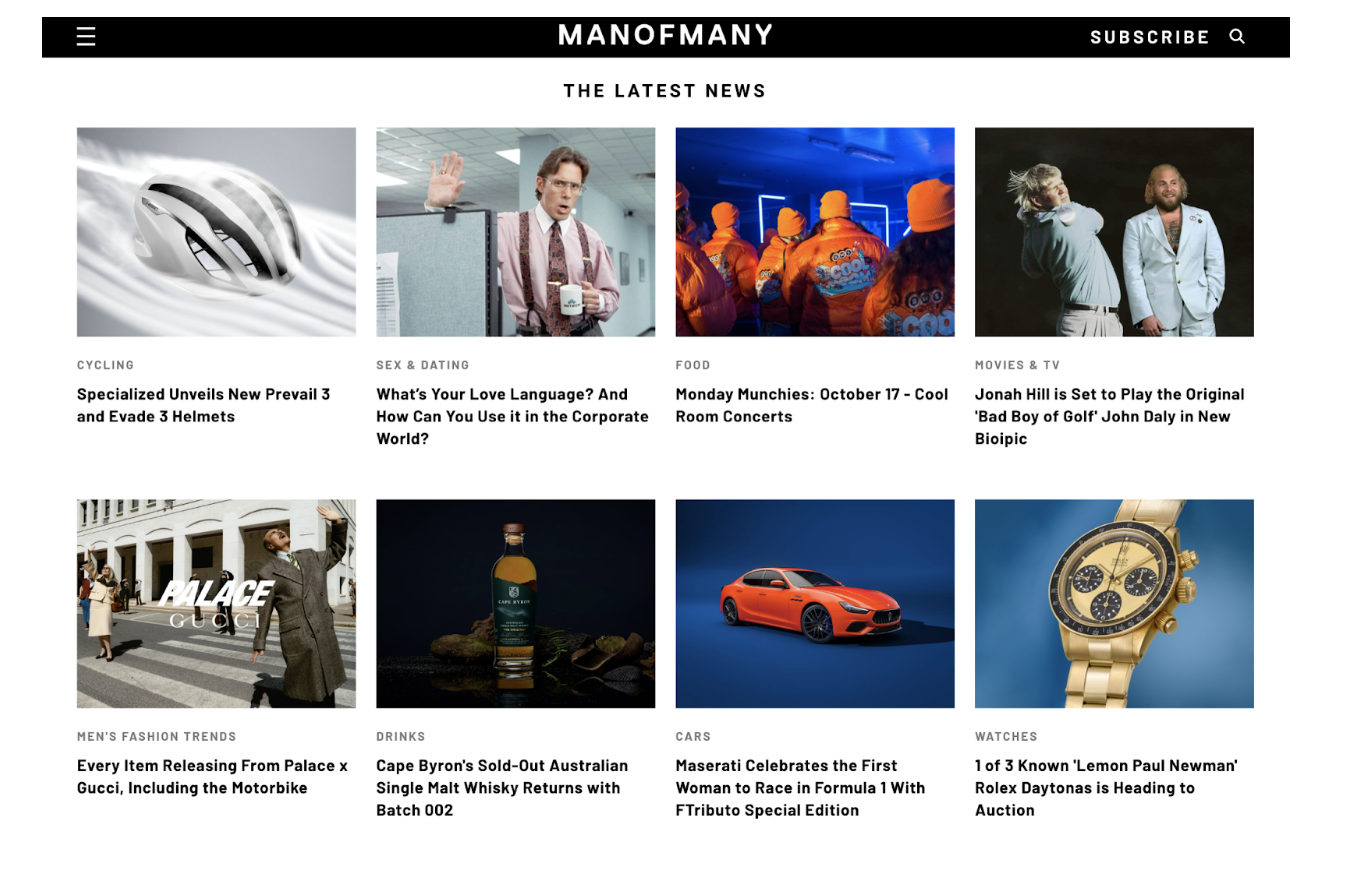 Man of Many is Australia’s largest men’s lifestyle site. Built as an independent online destination for the latest breaking news, features, and insight from industry experts, Man of Many focuses on men’s cultural and lifestyle topics, including men’s health and wellbeing. The publication also investigates consumer trends and reports on technology and consumer product news.

The organization was co-founded in 2012 by Scott Purcell and Frank Arthur, who started the site as a men’s lifestyle blog where they shared news and products they found interesting. Man of Many quickly amassed a significant following, and in 2016 both co-founders transitioned away from their careers to pursue Man of Many full-time. The fully bootstrapped company now has a global reach, with an average of 5 million monthly visitors across the US, Europe, and Australia and a team of 15 full-time employees.

Building a reliable experience for their audience

Scott and Frank didn’t begin the Man of Many blog with the intention of attracting millions of followers. As non-technical co-founders, they initially set up an out-of-the-box WordPress site. As the site grew, the website hosting provider they chose struggled to keep up with demand. Whenever they had peaks in traffic, the site would crash, and users would receive 504 errors.

The team sought the help of a local developer who recommended DigitalOcean. DigitalOcean’s simple and easy-to-use platform, along with its reliability and reasonable pricing, allowed the Man of Many team to construct infrastructure that could meet the growing demands of traffic as their audience continued to grow.

“Since we’ve switched to DigitalOcean, the reliability of the site has been fantastic. We have ample capacity to manage the load of the site, and it’s easy to scale up and meet demand.” —Scott Purcell, Co-Founder, Director, Man of Many

Man of Many architecture 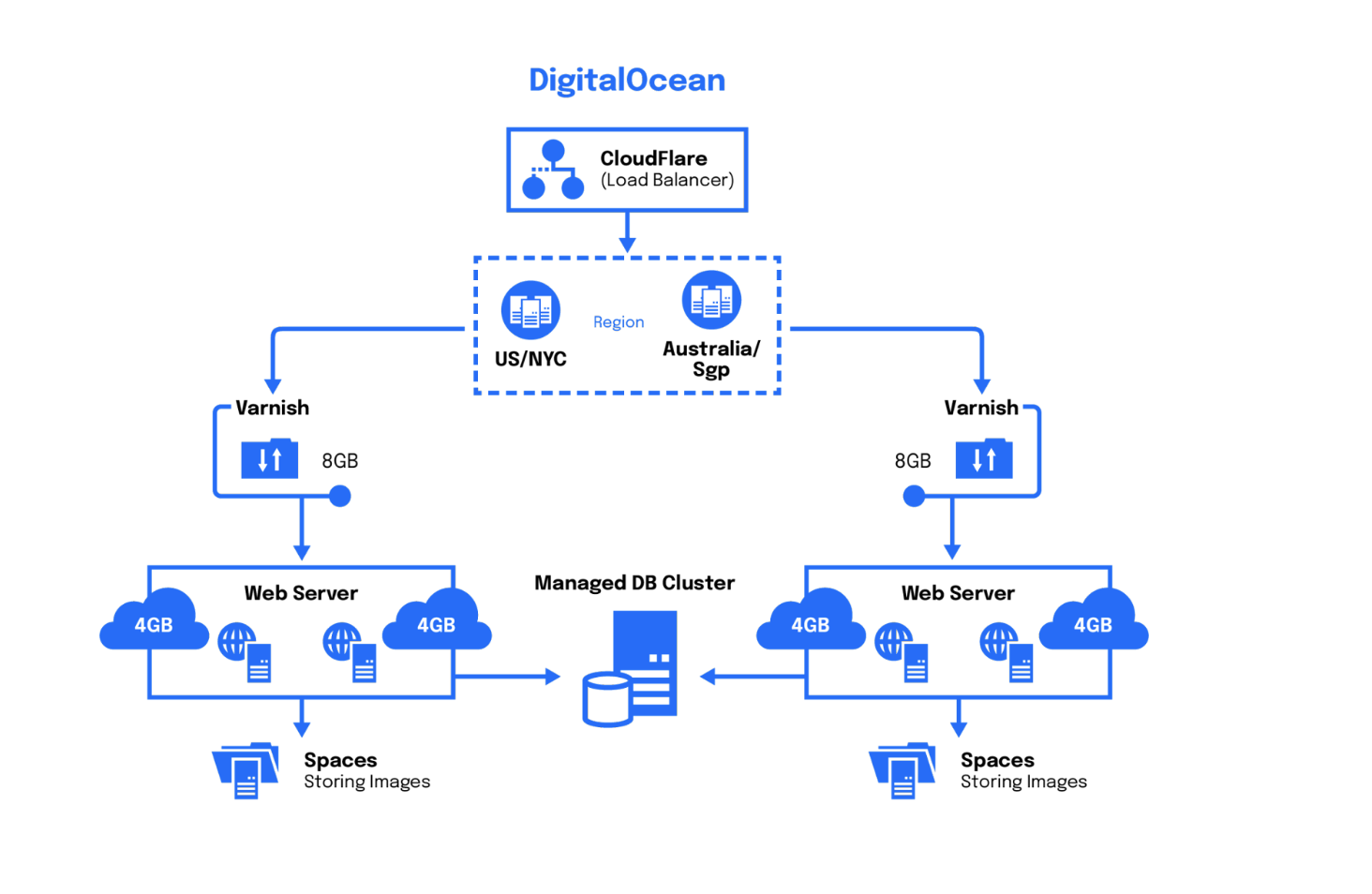 In recent years, Man of Many has been honored with several awards, including being named Australian Brand of the Year & Consumer Publication of the Year in 2021 by Mumbrella Publish Awards. The team continues to grow its global audience and is confident that the reliability they find with DigitalOcean can support them as they reach their goals.

“I was excited to hear that we’ll have DigitalOcean’s reliability coming onshore to Australia. That will make a big impact for local businesses.”—Scott Purcell, Co-Founder, Director, Man of Many