The DigitalOcean Team sat down and talked web development, hoping to create a helpful list of twenty developers you should follow. We chose these talented individuals because they make staying in touch, enjoying content, and experiencing the internet a much easier and pleasurable experience. And not only do they write great code, but we found their social presence helpful for those looking for general tips and tricks, advice on myriad languages, and updates about what’s coming to the web in the future. While we cannot highlight every developer we admire, we’re confident the ones listed below (in no particular order) are some of the most gifted and inspirational. 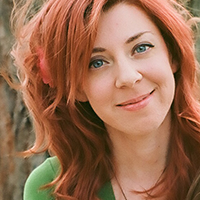 Jen Myers is a web designer/developer and part of the instructor team at Dev Bootcamp in Chicago. In 2011 she founded the Columbus, Ohio chapter of Girl Develop It, an organization that provides introductory coding classes aimed at women, and currently co-leads their Chicago chapter. She speaks regularly about design, development, and diversity, and is dedicated to finding new ways to make both technology and technology education accessible to everyone.

Her most recent project is the High Visibility Project: a crowdsourced collection of videos about women working in technology and telling their stories. The goal is to enable people to listen to others’ ideas and experiences, as well give beginners an easy way to learn how to contribute to an open source project. DigitalOcean loves open-source; DigitalOcean loves Jen Meyers. 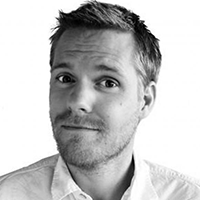 Henrik Joreteg is a Partner and JS developer at &yet and has published a bunch of open source JavaScript libraries. He recently wrote a book called Human JavaScript that describes &yet’s approach to structuring large yet maintainable JavaScript applications for the browser (and it’s awesome).

&yet has been very busy: they recently built Talky, which is arguably the world’s easiest multi-user video calling and screen-sharing app. You simply type talky.io/{{ insert anything here}} into your browser and anybody on that URL is in the same video call. It’s free and peer-to-peer with no plugins, downloads, or account required. They’ve also been working hard on adding some exciting new features to their team same-pagification app And Bang! which they’re hoping to take out of beta early next year.

Alex is not only one of the most talented Javascript Enthusiasts, he’s also a very talented blogger. It’s mixed media; it’s clean; it’s fun; it’s informative –– and we’re jealous. That being said, this multi-talented fella also works as a product engineer at Stripe, is on the Modernizr core team, and is a member of the jQuery Board of Advisors. He writes and speaks on topics related to large-app development, internationalization, parsers, and recently front-end security.

Alex recently did a large overhaul of the Modernizr infrastructure, and is excited about the imminent Modernizr 3.0 release. This will be followed by a (potentially final) update of his popular yepnope.js project. He’s also excited to add some new tools around universal postal address parsing and display to his Jed Internationalization Toolkit in the near future, as well as writing/speaking more on the topic of front-end ops and how performance/measurement are important for front-end developers. 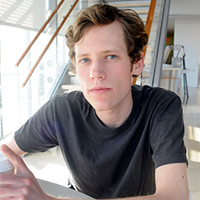 Christopher Poole, better known to some as “moot” and the founder of 4chan, is responsible for some of the web’s most bewildering and influential subculture. Users of 4chan remain anonymous, allowing for more flexible and creative contributions, and is in stark contrast to Facebook’s views concerning information sharing.

Voted 2009’s most influential person in TIME over the likes of Barack Obama and the Dalai Lama, the influence of tech culture in the mainstream media is growing exponentially. Lolcats and Rickrolling are becoming a part of even the most mundane of chatrooms, and users orchestrate to get what they want (like making this video popular). His most recent project Canvas is a website centered on sharing and remixing images with all the necessary tools built-in, allowing users the same anonymity found on 4chan… and it’s a bunch of fun. 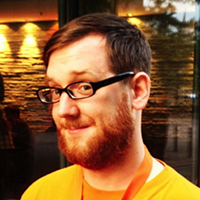 Jan Lehnardt is an Open Source developer who works on all parts of the web stack. He is the project lead of the synchronizing database Apache CouchDB and co-inventor of Hoodie: a javascript framework and infrastructure brings full-stack app development to frontend programmers and web designers. He also co-curates JSConf EU and helps to organize the JavaScript user group in Berlin. Jan believes in a decentralized future and builds tools to make it a reality.

Max Ogden is a developer in Oakland, CA who works with JavaScript and Node. Everything max works on is open source! His current main project is a version control system for data called dat and has also worked on Voxel.js, Vox Builder, Nodeschool.io, and JavaScript for Cats. 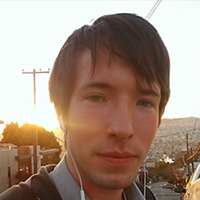 Brian Ford is a software developer and JavaScript enthusiast working on AngularJS at Google. He believes AngularJS is the way of the future, and that it will co-evolve with standards as they mature. We believe he can predict the future better than we can. Check out what he’s up to on his website. 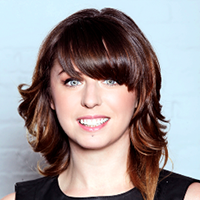 Ms. Chipps is an extremely talented Javascript developer based in NYC. Formerly the CTO of Levo League, which helps Gen-Y women elevate their careers, she currently spends her time hacking on hardware with team Nodebots and running around as Johnny Five’s unofficial evangelist. Other notable past projects include Girl Develop It and Elizabeth and Clarke. 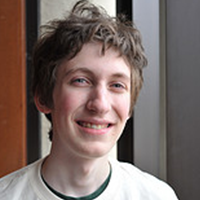 Alex is a young name on this list, but don’t let that deter you from checking out his projects. This kid is a professional programmer and core developer of Django, PyPy, and CPython, focused on web development and building bigger internets. One of his main interests outside of the tech world is pedagogy; for those of you who don’t know, it’s the method and practice of teaching an academic subject or theoretical concept. And he’s a feminist. Super smart, super cool. 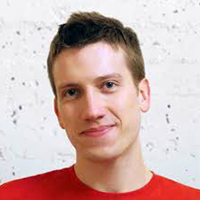 Paul is a web designer and creative coder living in the UK whose interactive tools, toys, apps and art can be found over at Neave Interactive. Walking the line between developer and designer, he’s made computers do fun things for over twenty years, with a strong passion to create for the web. Oh, and did we mention he has an awesome blog. 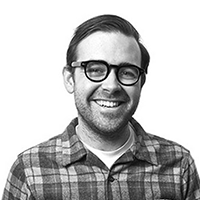 Tom is one of our favorite developers who helped create Ember.js, a Javascript framework that “brings sanity to the web.” In October of 2011 he co-founded Tilde, which helps entrepreneurs as well as established brands take ideas from concept to market. In his spare time runs a cash-for-beer exchange program at various San Francisco dive bars. 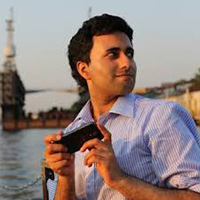 Keep your eye on this developer. He’s an advocate for experimenting and having fun while developing, and it comes out in his own projects such as Yeoman and Aura–– but he also means business. Mr. Osmani currently works on the Chrome Developer Relations team at Google, which builds and advocates for tools to help improve developer productivity and satisfaction, and his personal project TodoMVC helps developers compare JavaScript MVC frameworks and AuraJS. 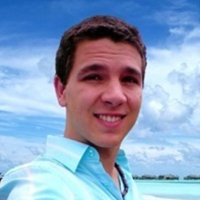 Ben is one of the most active developers on the scene, founding projects such as Bevry and history.js. Every day his products are installed in thousands of websites, empowering millions of users with his quality solutions. He’s a tough one to keep up with, but it’s worth it. 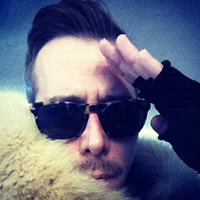 Tim Nolan is an interactive creative director from our hometown of Brooklyn who’s been “proudly serving the internet since 1996.” He’s currently the head of BBH Labs in NY and is the co-founder of Universalscene, which recently dropped the “retro-future-classic” CacheMonet onto the web and created the popular StraightThug iPhone app. 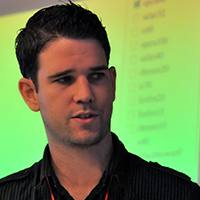 Paul Irish is whatever the equivalent of “Heavyweight Champion” of developers would be, creating tools that improve workflow and make for sexier mobile websites and web apps. He works on tools like Modernizr, Yeoman, HTML5 Please, and others which all can be found on his website, and his most recent occupation is as a Developer Advocate for Google Chrome. The guy’s got an impressive resume, and will undoubtedly continue to create killer stuff. Check him out. 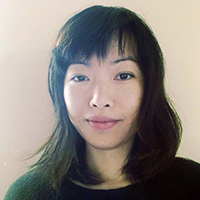 Jen is currently a developer for Mozilla and creator of our first featured project: Meatspace. She has contributed to repositories in 8 languages and is a serious JavaScript expert. Her past project NoodleApp is also one of the best App.Net clients available, and we’re excited for everything that spawns from her mind in the New Year. 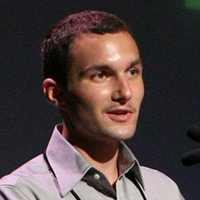 When Jeremy isn’t on the road taking gorgeous shots of his travels (check out his website), he’s doing things like coding for The New York Times and creating CoffeeScript and Backbone.js. It’s enough to make your self-esteem lower each time you decide to sleep. 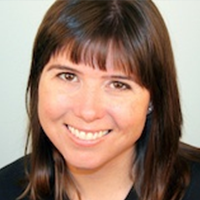 This literary developer is best known for founding Lifehacker in 2005. She’s also the creator of the awesome mobile app Todo.txt and founder of the soon-to-launch social media tool ThinkUp. Ms. Trapani somehow finds the time to also host two podcasts: This Week In Google and All About Android. Her writing has been published EVERYWHERE, from Wired to The New York Times, and she’s won many awards with both her pen and her keyboard. 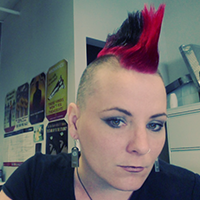 In her own words, she’s your “average tech geek/dev/infosec-nerd/scuba diver/blacksmith/sword-fighter/crime fighter/ENTP/warcrafter/activist” who currently works as the CTO and CSO at a business innovation agency in NYC. Oh yea, you know, another one of those people…

One of those people who’s been featured in People Magazine and co-authored several books on PHP/MySQL. You can check out her impressive resume on her website, and you can follow her on Twitter if you dare. 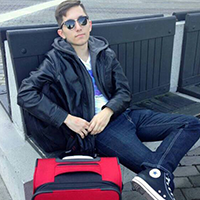 This twenty year old star is one of our favorite rising developers. Despite his age, he’s already been a featured speaker at numerous community JS events, traveling around the world when taking a break from coding. Contra founded Fractal in 2010, which does huge amounts of open source and consulting, and has created over 150 projects in his spare time. Below are three:

genome.js: Not only can you analyze your own DNA with genome.js, but it provides the necessary tools to empower a generation of amateur scientists to make exciting new genetic discoveries. By open sourcing genetics, new levels of collaboration are being reached that we haven’t seen before.

gulp: By far Contra’s most popular open source project with ~1000 stars on Github. This library has crossed the language boundaries and is now something that improves developers’ lives across the world. The goal of this project is to streamline the development lifecycle by making the build step as simple as possible, while simultaneously maintaing a level of control programmers can’t live without.

holla: WebRTC is a powerful new API that lets anyone create a P2P voice/video/data experience with no plugins in the browser. This allows you to create the next Skype killer at a local hackathon and opens the door to a new generation of data transfer on the web. Holla is a library that handles all of the RTC gotchas in the browser, as well as call routing/security/management on the server.

Is there a developer you think will do interesting things with the internet in 2014? Tweet @DigitalOcean and let us know. 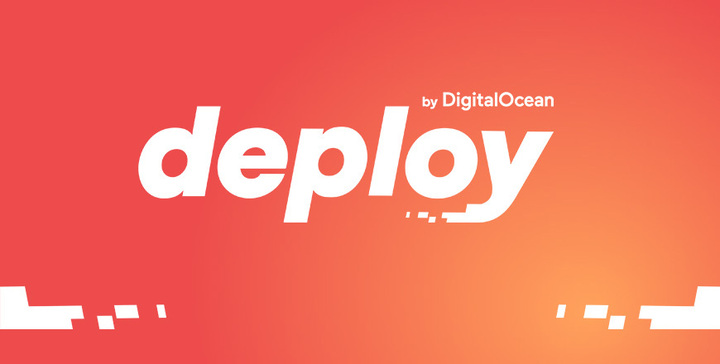