The landscape developers work in is ever-changing. Keeping up means following numerous press sources, blogs, and social media sites and joining the communities they are involved in. We decided that the best way to truly understand how developers work and how the tools we build help them was to ask—so we did!

DigitalOcean Currents is our inaugural quarterly report where we will share insights into how developers work and how they are affected by the latest tech industry trends. To get the data for this report, we reached out to developers through social media and our newsletter, our community, social news aggregators like Reddit, and more. We collected opinions from more than 1,000 developers across the world and company sectors.

Among the many insights we gained from the survey, we found that developers rely on online documentation and tutorials more than any other method of learning about new technologies. Will this continuing trend mean developers have a wider or narrower base of knowledge (as bite sized pieces of technical content displace lengthy books)?

Despite the tech industry’s important focus on maintaining a good work-life balance, only 12% of the developers we surveyed reported that they put the keyboard away at home; many opt to use their free time to write code for work or for personal projects. While developers are often passionate about their work, this result indicates that developers may be more likely to face burnout even when working for employers who make work-life balance a focus.

Here are other key findings from the first report: 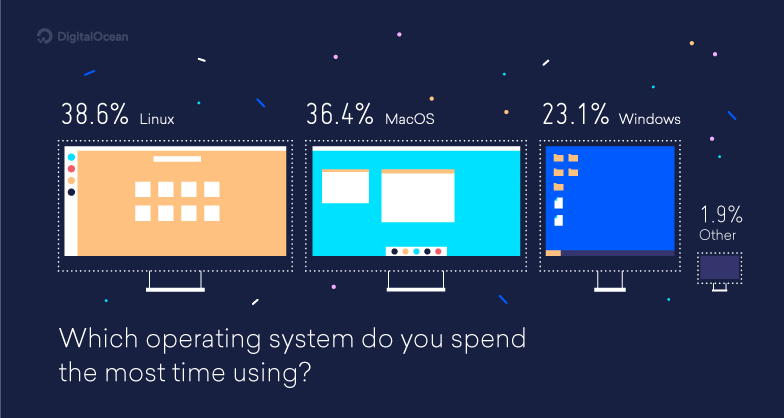 Linux Marketshare is More Than Meets the Eye

While recent market share numbers show Linux rising to just over 3% of the desktop market, this number may be misleading. Instead of simply asking our respondents which desktop they used, we asked which operating system environment they spent most of their time using. 39% of respondents reported spending more time in a Linux environment than elsewhere, outpacing both macOS (36%) and Windows (23%).

Despite all the buzz about the latest and greatest languages and frameworks, PHP remains the most popular language among our respondents with MySQL as the most popular database. Meanwhile, Nginx far outpaced Apache as the preferred web server. 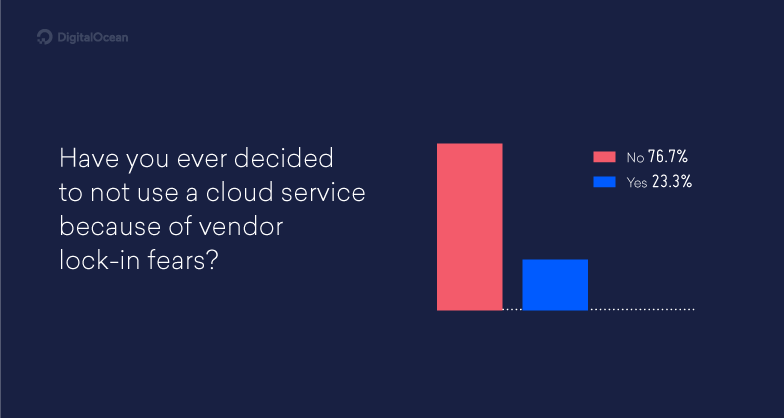 Vendor Lock-in Does Not Scare Developers

With the rise of SaaS, PaaS, and IaaS over legacy hosting platforms, vendor lock-in could be a concern. But with modern APIs and interoperability either directly or indirectly available through multi-vendor libraries, 77% of our respondents said that they’ve never decided not to use a cloud service for fear of being locked into that vendor’s ecosystem.

Moving to Hybrid and Multi-cloud Isn’t a Given

According to Gartner, 90% of organizations will adopt hybrid infrastructure management by 2020, but the majority of survey respondents said they aren’t planning to use simultaneous cloud services in the next year; only 15% said they would consider their current strategy a hybrid cloud strategy. Just 10% of respondents said they would consider their current strategy multi-cloud, and 70% said they have no plans to implement a multi-cloud strategy in the next year.

The full DigitalOcean Currents (September 2017) report can be found here.

The tech industry moves fast and the cutting edge moves even faster. In order to bring you the most recent information, DigitalOcean Currents will be shared every quarter, highlighting the latest trends among developers.

If you would like to be among the first to receive Currents each quarter, sign up here. You’ll receive the latest report each time it is released and will be among those asked to share your views and experiences.