Question
my site i down please see http://www.cheri3a.com/

I’m using Helm3/Flux to deploy the application and the .yaml files look like this:

With the above config I’m able to access the site via the public hostname. The vast majority of the time the site performs as expected, however around one in 10 requests never resolve and returns a 504 if I leave it long enough. If I initiate a refresh before the 504 is returned, chances are that the page loads almost instantly.

I’m aware that I haven’t given enough details for anyone to diagnose this but I’m at a loss where to start debugging this. I’ve checked the logs and nothing stands out as abnormal and when the site does load it performs as expected which leads me to believe that it’s an ingress/networking issue.

How would I go about starting to diagnose this?

Question
my site i down please see http://www.cheri3a.com/

Thanks for reaching out I would check the following options.

Laravel App logs -> Did the app itself return a 504? Do you see the request even logged here to verify its getting this far?

Other steps you can take:

Does this behavior also occur when you remove the LB from the mix and access the ingress controller service via it’s nodeport? You can accomplish this by using curl and forcing the resolution of the hostname to the public IP of one of your nodes and the service’s nodeport to ensure it takes the proper ingress rules if you are using host-based routing for example.

Does the issue occur when we take the ingress controller out of the mix? Can you make the similar requests as mentioned above using curl but hitting your Laravel app directly? Does it eventually return the 504 as well? This would tell you if it’s an issue with your Laravel application.

I hope these steps help!

Thanks for your reply. Debugging this over the last few days it appears as though the issue is with PHP. I’ve taken the following steps to reach this conclusion:

To test the theory further I’ve simulated a load test against the homepage of the application (before login) and the application effectively slows to a crawl to the point when it’s not responsive at all.

The next step was to swap out the application with a fresh Laravel install (using the same webdevops/php-nginx image). When performing a load test on the application (single pod, 10 PHP-FPM workers) the FPM pool fails and 0 workers are available for a good few minutes. I’m only starting to learn the intricacies of PHP-FPM but shouldn’t any additional requests be queued rather than killing the process entirely? 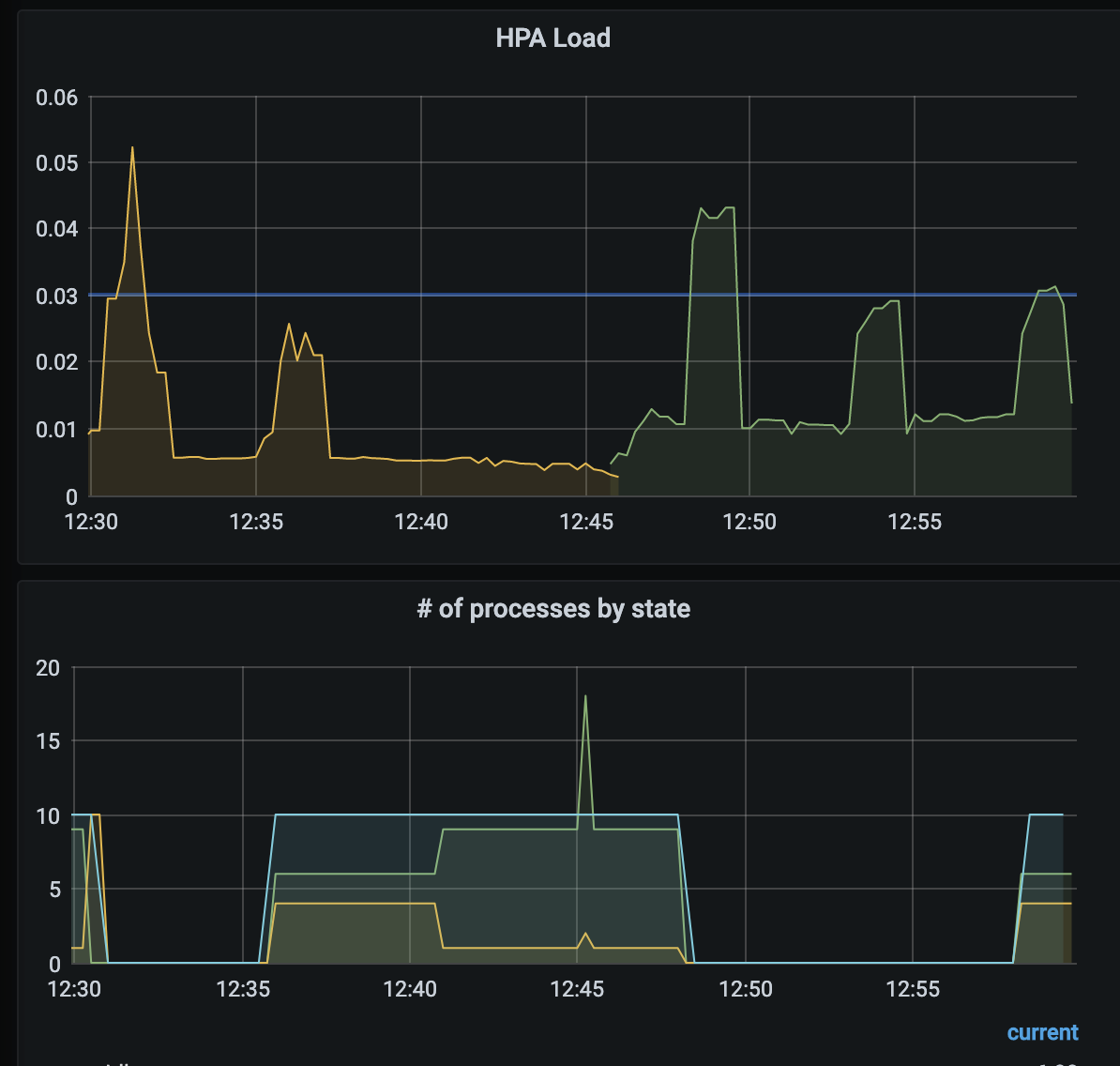 I’m really at a loose end here on how to stop this from happening. I know that this isn’t the original question but I’m pretty certain that they’re linked. Any thoughts?