How to boot the new kernel in Ubuntu?

I have a droplet that was created when ubuntu 12.04.4 was the most current. Unfortunately, 12.04.4 is no longer a supported HWE stack. I updated:

After reboot, it says

So I ran the install

I looked into grub … Read through /etc/default/grub and /boot/grub/grub.cfg and confirmed everything there looks like it makes sense. Default entry is 0, and first entry in cfg file is 3.13.0-39. Ran the following anyway, and confirmed the files still look like they make sense…

Do to the nature of our virtualization technology, the kernel needs to be set in the Control Panel as well: 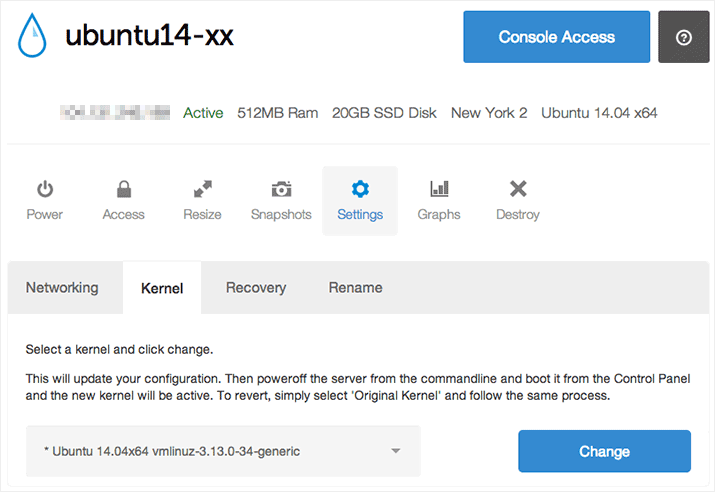 Check out this tutorial for all the details: