How To Horizontally Scale a Laravel 4 App with a PostgreSQL Database
Tutorial
How to Install Laravel with an Nginx Web Server on Ubuntu 14.04
Tutorial

Get Started Running Laravel in a Docker Container

Draft updated on Invalid Date
By Neo Ighodaro
Developer and author at DigitalOcean.

Laravel and Docker are two very popular tools of choice when considering building for the web. Although both of them do very different things, they can both be combined to create amazing products.

For our use case, we will be running Laravel in a Docker container. This is going to be a simple demonstration of how to use both products to create real-life applications. Nothing heavy.

While this article is made to cater to everyone who will be reading it, the article assumes you already have a working basic knowledge of both Docker and Laravel.

Before you start, you need to have some certain prerequisites in place:

To get started, let us create an instance of Laravel running inside a Docker container. We will be starting with a base image and customizing it to suit our application’s needs.

For your convenience, I have created a base Docker image that works right out of the box for Laravel. creativitykills/nginx-php-server. You can see the source code for the Docker image right here.

The Dockerfile is where we instruct Docker on what to build and how to build it. In this file, we are saying: ‘Hey Docker, build a container from the creativitykills/nginx-php-server image, the maintainer is Neo Ighodaro…’. For more information on Dockerfiles and the options available to you, read the documentation, but this will do for now.

Finally, let’s create a ./docker-compose.yml file. Make sure it is at the root of your project. We will add our first service which is the web service to the docker-compose file.

Once we have defined the web service file, we can move on to the next thing which is creating a MySQL service. Open the docker-compose.yml and make sure you have the following.

Docker allows you to bring up a container in many ways, you can manually bring up a running instance using docker run, but sometimes, you will want to bring up multiple containers with one single command and that’s where docker-compose comes in.

In the web service, one different thing we did is we exposed and mapped a port 8888 (on the host) to 80 (inside the container). We also specified a container_name so we can easily reference the container when we want to.

Now create a new file called ./mysql.env in the root directory, and in there customize these environment values. These will be set as your database credentials when the MySQL container is built.

Warning: If you are using a git repository, you might want to gitignore the mysql.env file for security reasons.

Once you are done, you need to edit your Laravel applications .env file. Update the database configuration to match whatever you set as your MySQL details above. Note that the DB_HOST value in your Laravel .env file is equal to the name of the MySQL service in the docker-compose.yml; in this case its web.

Now, we can bring up our containers mysql and web using a single command. cd to the root directory of your application and run the command docker-compose up -d. This should bring up all your services. You can visit the Docker URL for your web container http://localhost:8888 and you should see the awesome Laravel welcome page. 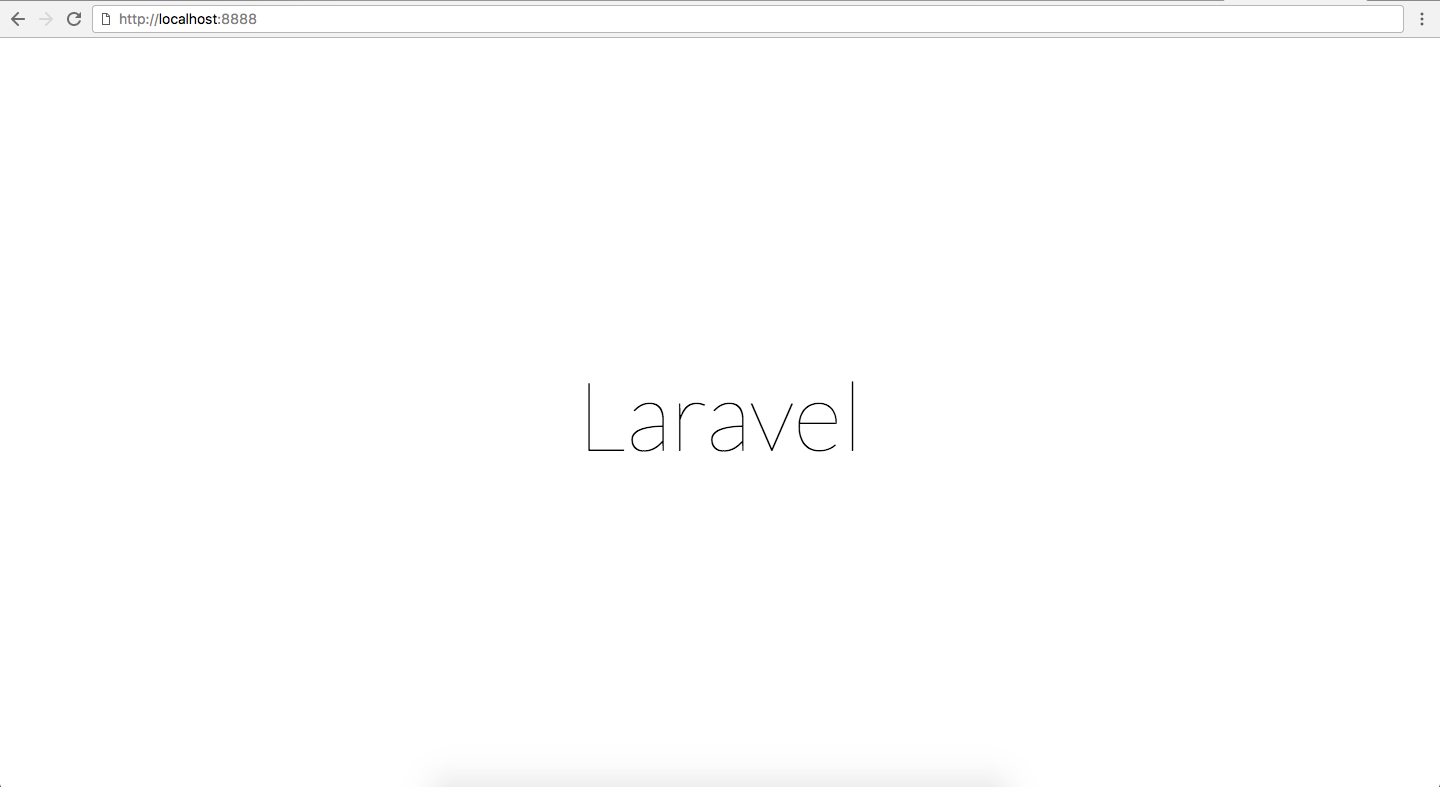 Docker makes it easy to run consistent disposable environments, and with a little push, it is easy to get up and running with Docker and Laravel. In future articles, I will cover how to create a simple Todo app using our new Laravel + Docker application and also how to scale your Laravel application using Docker compose.