Adeva is a talent platform that enables work without boundaries. Founded in 2015, Adeva’s platform serves as a developer network used by organizations seeking to hire. They connect highly qualified remote workers with companies that want to scale quickly and hire skilled individuals. Adeva’s vision is to bring equal opportunities to developers worldwide, no matter their location, gender, or race.

Frequently, talented individuals in smaller countries aren’t exposed to the same opportunities afforded to those living in more prominent countries and metropolitan areas. Adeva equalizes the opportunities for these individuals, exposing them to large companies that they may not have access to otherwise. What began as a passion project for a small group of developers in Macedonia quickly became a worldwide community with over 25 countries represented.

Companies can post a job to Adeva’s platform, where they receive recommended candidates and choose who they want to hire. Adeva then manages the contracts and payments from companies to individuals. The team maintains a static website, job boards, and an application that handles logins, billing, and other data.

Adeva originally hosted their infrastructure with another large cloud provider, but as expenses rose and it became increasingly complicated to manage the infrastructure, they sought other solutions. With over 150 active contracts and a growth rate of 250% year over year, the Adeva team needed a simple, scalable solution that could support their rapid growth while cutting costs.

As a small company with a lean team, DigitalOcean provided the ease of use Adeva needed to get things done efficiently. Adeva reduced costs by 80% by switching to DigitalOcean and has saved countless hours due to the platform’s simplicity, easy scalability, and exceptional support.

Adeva migrated their static website to DigitalOcean first. The migration was seamless, with no downtime or any impacts to the business. The engineering team at Adeva is quite skilled and could handle most things themselves, but if they had questions, they received a helpful response from the Support Team at DigitalOcean within 24 hours.

“Having a partner you can rely on is really important. The security and peace of mind you get when you’re working with someone you trust is really important to us. We value the partnership we have with DigitalOcean.” - Tosho Trajanov, Adeva

Faster deployment with a fully-managed platform

The main components of Adeva are its website, a job portal, and a Laravel application. The website is a standalone application running on DigitalOcean App Platform and the job portal and Laravel applications are still under development running on DigitalOcean Droplets. They chose App Platform as their deployment option because it significantly reduces the time it takes to make updates and deploy them. The changes are automatically pushed from GitHub. The team is small and benefits from the fully-managed platform that allows them to focus on their app rather than worrying about DevOps responsibilities. They use DigitalOcean Spaces (Object storage) to store the static content on their website. 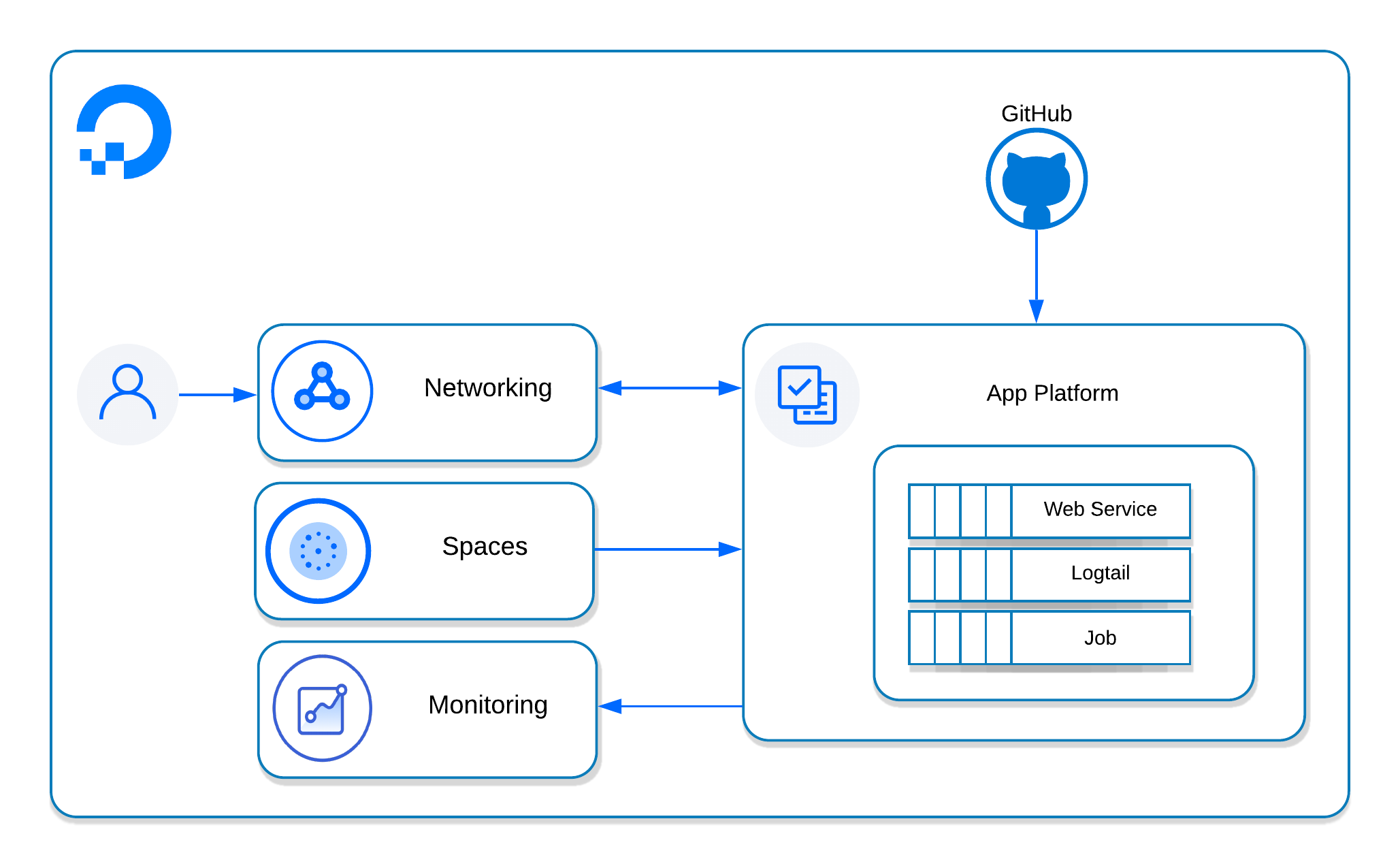 ,Adeva has ambitious growth plans for the coming years and is confident that DigitalOcean is the partner they need to achieve their goals. The team is excited to continue migrating its remaining infrastructure to the platform and grow with DigitalOcean.