“Cloudways needed a different cloud provider in order to reach a larger number of SMBs.”

The key to growth is passionately listening to your customers and the larger community.

DigitalOcean and Cloudways shared a set of core values that contributed to the success of the partnership.

A true partnership yields better results for all parties

Cloudways found a cloud provider in DigitalOcean that cared about their growth and actively participated in growing the partnership.

Founded in 2012, Cloudways is a managed hosting platform that allows its customers to build powerful websites without having to worry about web hosting complexity and support issues.

Their founders began by working with agencies and e-commerce developers and found that these groups were their ideal customers. Early on, they realized the value of customer happiness. The Cloudways founders would spend hours each day talking to their customers to understand how they could provide better support and an easier-to-use product. As they grew from a small startup to a company managing over 250,000 websites, they never lost sight of this core value: customer feedback and happiness.

In the early days of the company, Cloudways was singularly focused on evolving its platform to better serve its customers. They originally chose AWS as their exclusive cloud provider to power their product.

However, keeping true to their core values, they continued to listen to their community –  and they found an appetite among their SMB customer base for a different kind of offering.

Cloudways found that there was a significant number of application developers working for agencies and web dev shops that wanted a simple way to deploy their WordPress sites. These developers were experts at frontend development, but they did not have deep knowledge in system admin best practices.

At the same time, these cloud providers’ offerings were too expensive and complex for these companies who needed something reliable, powerful, and cost-effective. This meant that Cloudways was missing a critical piece of its target market share, which led to their partnership with DigitalOcean. 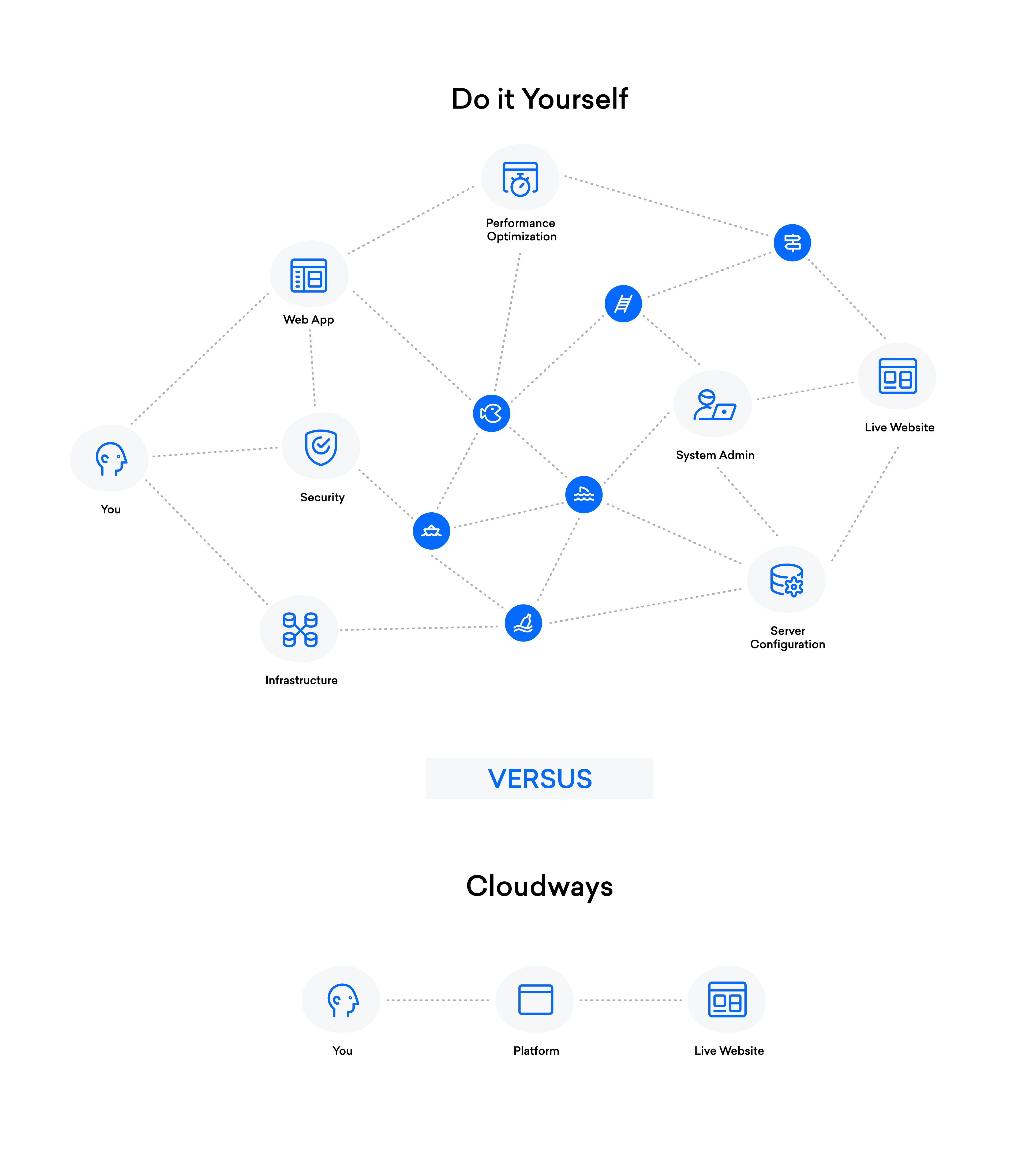 Cloudways needed a different cloud provider in order to reach a larger number of SMBs. By partnering with DigitalOcean, they could evolve their product to better serve customers at a lower cost – without sacrificing any reliability.

What they found after beginning to work with DigitalOcean was that the partnership included much more than a lower cost point on virtual servers. Not only did they find culture and value alignment, they also benefited from DigitalOcean’s focus on simplicity and community. Cloudways saw an increase in lead generation and free trials from DigitalOcean’s community engagement and reached a new audience that read the tutorials.

Finally, DigitalOcean’s focus on developing a simple experience for developers made development even easier for the Cloudways team. And they were able to pass that simplicity on to their own customers.

Have questions before you deploy?