Introducing DigitalOcean App Platform: reimagining PaaS to make it simpler for you to build, deploy, and scale apps 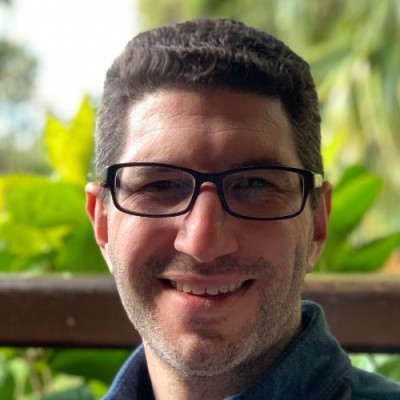 It’s every developer’s dream to simply write code, click a button, and then automatically deploy and run their code at scale for millions or even billions of users.

There’s an entire category of products commonly known as platform as a service (PaaS) that endeavors to make this possible. But, so far, these services have largely fallen short of what developers need. Many of our customers have come to DigitalOcean after their PaaS became too expensive, or after hitting various limitations.

But the dream of PaaS lives on. Even though Kubernetes has emerged as a middle ground between PaaS’s convenience and the control of infrastructure as a service (IaaS), it is still somewhat complicated.

It’s with all of this context in mind that we’re excited to introduce our take on a modern PaaS today: DigitalOcean App Platform.

With the App Platform, you can build, deploy, and scale apps and static sites quickly and easily — much as you can with other PaaS solutions — by simply pointing to your GitHub repository. Because we own our infrastructure, your costs on the App Platform are significantly lower than on other providers. Built on DigitalOcean Kubernetes, the App Platform brings the power, scale, and flexibility of Kubernetes without exposing you to any of its complexity. Additionally, the App Platform is built on open standards, providing more visibility into the underlying infrastructure than in a typical closed PaaS environment. The App Platform lets you choose how you want to scale your apps, either through the fully managed, built-in scaling mechanism, or by taking more control of your infrastructure setup.

Check out the App Platform in action and learn how easy it is to build, deploy, and scale apps.

“Simplicity in all we do” is one of the core values at DigitalOcean. This includes all aspects of our product portfolio: UX, API, CLI, docs, billing, and pricing. Like all DigitalOcean products, the App Platform provides predictable, easy-to-understand pricing that allows you to control costs to prevent surprise bills. It has three pricing tiers:

Unsure where to begin? Most users start at the Basic tier. Click here to learn more about the capabilities of each tier, pricing plans, and add-ons.

What can you build with the App Platform?

The possibilities are endless with App Platform, but the typical use cases include the following:

App Platform is now available in the following regions

Please refer to our release notes for the most up-to-date information on the App Platform availability in other regions.

We are just getting started with the App Platform so keep an eye out as we introduce new features regularly. Here’s a glimpse of what’s coming soon:

Between six and eight million businesses are started every year, and many of them will utilize the cloud in some shape or form. With the App Platform, we are democratizing the cloud by making it a lot easier and faster to build, deploy, and scale apps. This will enable developers, entrepreneurs, and startups worldwide to spend more time building their business and pursuing their dreams, instead of managing infrastructure.

Check out App Platform, read the docs, and try out this sample app for an RSS feed aggregator (here are the repos for frontend and API), and let us know what you think!

If you’d like to have a conversation about using DigitalOcean and App Platform in your business, please feel free to contact our sales team.