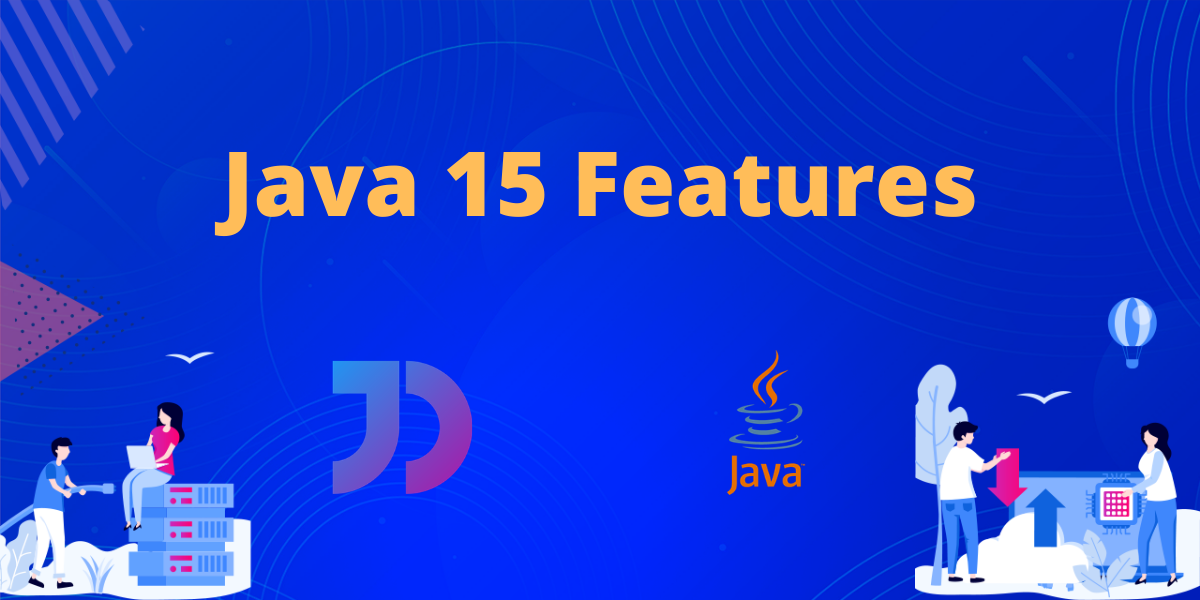 Here’s a quick look at features that are a part of Java 15:

Once that’s done, open the bash_profile using any text editor. I’m using vim ~/.bash_profile. Set the path of Java15 to JAVA_HOME, save changes and do a source ~/.bash_profile to reflect the changes.

It’s important to note that many features released in Java 15 are in preview. This means that though they’re fully working right now, things may be modified in the future. Some could be made a standard or simply removed in the next release cycles. In order to test preview features, you need to explicitly set --enable-preview when running the JShell or Java Program as shown below:

In the next few sections, let’s discuss the significant language changes in Java 15.

Sealed classes have been there in Kotlin since a while and Java 15 finally introduces this feature for better control over inheritance.

As the name suggests, Sealed classes let you restrict or permit class hierarchies to only certain types.

This is incredibly useful for pattern matching as you have a specific number of classes to switch between.

The following syntax defines a sealed class in Java 15:

So, the above code means, only the classes defined after the keyword permits are allowed to extend the Vehicle sealed class.

In case, you’ve defined the classes Car, Bike and Truck in the same file as Vehicle, you can omit the keyword permits and the compiler will take care of it implicitly as shown below:

As you can see above, we’ve defined the final modifier of each of the classes. Now, that’s an important rule of sealed class that you need to keep in mind: Every permitted class must be set with an explicit modifier. It can either be final or sealed or non-sealed.

Here’s how each of the modifiers impact inheritance:

Before Java 15, developers could only use final keyword or scope modifiers to control inheritance. So, sealed classes brings the added flexibility for Java developers when defining class hierarchies.

Records were introduced as a preview feature in Java 14, in an effort to reduce boilerplate code when writing POJO based data carrier classes. This is something that’s been there in Kotlin for long in the form of data classes.

Now, with Java 15, Records get their second preview. While there aren’t any major changes(just some minor additions), still there are a few major clarifications and restrictions that you should know:

Records are meant to be data carrier classes and you should totally avoid defining native methods in them.

We know that records are final and cannot be extended. Gladly, records can implement interfaces.

So you can define a sealed interface and implement them on your records in the following ways:

Records can also be defined within methods to store intermediate values. Unlike local classes, a local record is implicitly static. This means they cannot access variables and instance members of the enclosing methods which is actually great since it prevents capturing of values by the record.

Local records are a great boon for Java developers who would earlier have to create helper records.

See how the introduction of a local records helps perform computation of values in a stream API with the following method:

While the above two were the two major language features in Java 15, we also have Pattern Matching in the second preview for user feedback, Text Blocks as a standard feature now and most importantly a new Hidden classes feature.

Hidden classes are a JVM feature which is relevant for framework developers. It allows class implementations to be made non-discoverable by defining them using Lookup::defineHiddenClass. In doing so, such classes can neither be found using Class.forName nor by referring them in bytecode.

These are the major changes introduced in Java 15.

Thanks for Java 15 new features :)