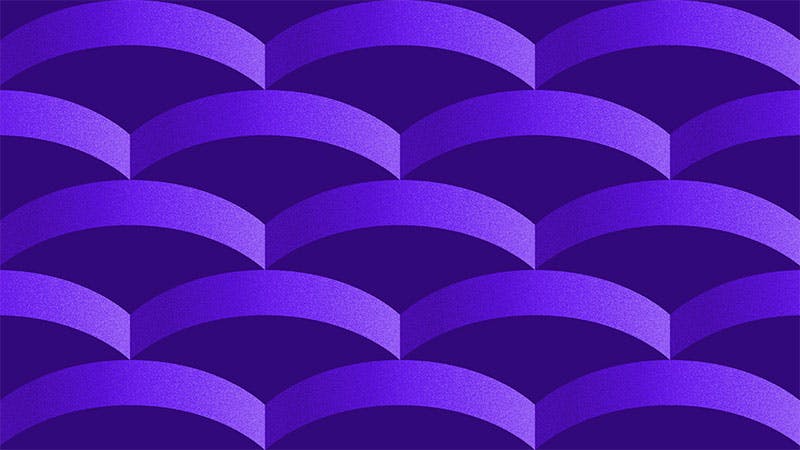 Founded in 2019, the company works with agencies, brands, and platforms to deliver effective, relevant CTV ads to consumers. Initially, Origin worked with a large hyperscaler but found that the costs became prohibitive as Origin’s growth accelerated. The company found that the hyperscaler had little interest in negotiating prices or brainstorming creative solutions to accommodate the needs of the growing business. Origin needed a cloud provider that would come alongside them as partners, building relationships and supporting their growing and changing needs.

As a business dependent on streaming and data, Origin needed a cloud provider that offered reliable service, low pricing, a commitment to supporting small businesses, and a strong uptime SLA. Origin found DigitalOcean to be the reliable and trusted partner they were looking for and migrated their platform in 2021.

High bandwidth at a reasonable price

Competition is fierce in Origin’s industry, and the margins for many businesses can be thin. Paying high costs for compute bandwidth can eat into revenue margins for businesses — especially high-bandwidth users in the streaming industry. DigitalOcean’s reasonable compute pricing provides an alternative to the high costs of hyperscalers and does so without requiring contracts or commitments from customers.

“An organization like ours, which is dependent on streaming and data and heavy on bandwidth, benefits greatly from deducting bandwidth costs and making leaner software on smaller servers to get additional bandwidth benefits.” —DevOps Manager, Origin

Origin delivers dynamic advertisements through connected devices in real-time, so it’s critical that their cloud provider is reliable and offers 99.99% SLA on Droplets (VMs). Origin’s platform needs to be able to receive advertisement requests, process partner data to determine the most relevant advertisement, pick a winning bid response from partners, and then supply the appropriate ad back to the original requester—all within seconds.

“The prerequisite for any cloud provider is availability. If your platform isn’t reliable and functioning at peak performance, it doesn’t matter if your support is great or your prices are low. I’m confident in DigitalOcean’s infrastructure, service level, and scale, and I’m willing to vouch for that.” —DevOps Manager, Origin

To do this, Origin uses 25 DigitalOcean Droplets operating behind a DigitalOcean Load Balancer. The Droplets function as stateless, algorithmic engines that exist to receive instructions and data about existing campaigns and receive bid requests from partners. Origin can receive upwards of 40,000 queries per second (QPS) and for every request that comes in, the Droplet opens up seven outbound connections to the ad partners to receive bid requests. Once the Droplets receive the bid requests, they will pick a winning bid response. They will then relay that information back to the supply partner, responding to the original request that came through the load balancer. 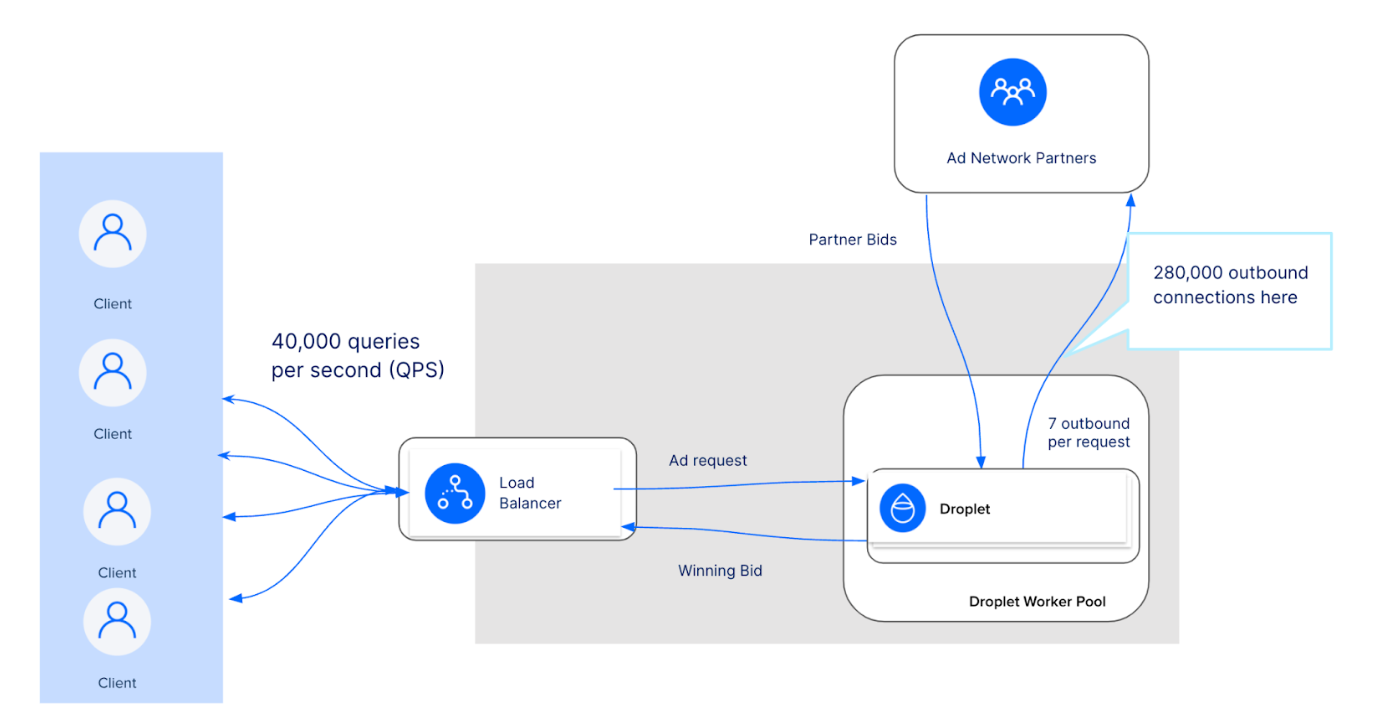 Origin’s Droplets operate on their own cache and have a Redis cache updated from their backend servers based on changes to the database. Some machine learning processes are run on the backend servers to optimize specific processes. The Droplets are stateless but have a unified state in Redis, with each of them able to serve the requests coming in through the internet because the instructions come from the Redis database.

In addition to configuration instructions, the Droplets need access to information about users. Origin receives user data from partners. No identifying information is provided about individual users; instead, Origin has access to high-level information such as potential interests or the type of device a customer uses through unique device IDs. The Droplets call Aerospike whenever they receive a bid request to find out which segments they have on a device and its history. The segments allow Origin to determine potential interest in a type of advertisement, and the device history allows Origin to monitor advertisement delivery and cap frequency. Aerospike also feeds data from the Droplets. Once a user is delivered an advertisement, it updates the device ID with an impression.

DigitalOcean as a supportive partner

Soon after Origin migrated their services to DigitalOcean, they found an issue with their load balancer that they couldn’t solve. Having a partner willing to pick up the phone and work through a problem is imperative to Origin. Every minute an issue isn’t solved means a potential loss of revenue.

Through this initial issue, they discovered that DigitalOcean is the kind of partner that they can count on. Origin contacted the support team on a Friday evening and received immediate help from the DigitalOcean Support Team. The DigitalOcean team worked through the weekend to assist Origin, ultimately resolving the issue quickly.

“When you have a serious problem, you need to have a partner that’s willing to pick up the phone, even on a Friday afternoon, and work with the team until a solution is found. DigitalOcean worked through the weekend with us in order to fix issues we were having, and we were able to work together to find a solution without a back and forth blame game.” —DevOps Manager, Origin

As Origin expands to different locations across the globe, they can easily replicate this architecture in other territories. Since it’s primarily stateless, they can replicate the configuration in various data centers, simply adding a geo-load balancer. Origin plans to continue its rapid growth and do so with DigitalOcean as a key partner.

When they have to add Droplets, it can be done with the click of a button. Origin was able to simply create Droplets, name them, add them to the Ansible host list and run the Ansible playbook. The DigitalOcean Load Balancer immediately added the new Droplets to the cluster. Origin houses everything in GitHub and uses GitHub Actions. Every commit creates a different version of the server, meaning they can deploy a specific version or roll back if needed.

“In terms of deployment, using Ansible with DigitalOcean is easy. I was able to add ten servers with the click of a button. It was a breeze.” — CTO, Origin