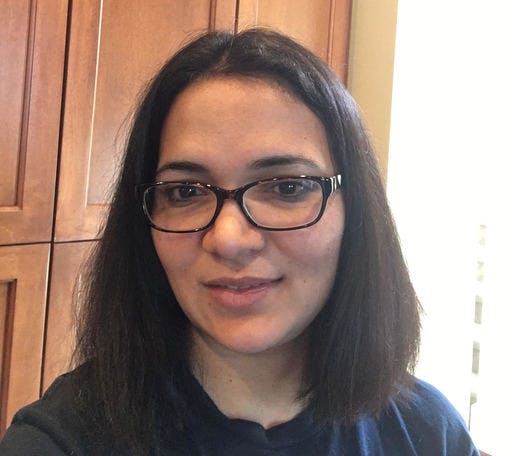 Builders of all kinds rely on DigitalOcean for its developer-friendly features, reliable products, and affordable pricing. DigitalOcean is committed to simplicity in all we do, which includes simple, predictable pricing models that allow startups and entrepreneurs to build and grow without surprise bills. While customers like Adeva have reported cost savings when moving to DigitalOcean, we wanted to better understand the return on investment (ROI) businesses may experience deploying to DigitalOcean, so we commissioned Forrester Consulting to conduct a Total Economic Impact (TEI) study.

The results show what DigitalOcean customers have known for years — Forrester found that an organization experiences benefits of $2.37 million over three years versus costs of $829,000 adding up to a net present value (NPV) of $1.55 million and an ROI of 186%. An organization using DigitalOcean finds a payback of their investment in less than 6 months.

Forrester found that compared to DigitalOcean, hyperscalers — a group of large companies that provide cloud, networking, and internet services at scale — costs were expensive and unpredictable, with high rates and large overage charges for bandwidth. DigitalOcean’s pricing was not only more economical, but it also provided a level of predictability unavailable in other places, allowing startups and SMBs to anticipate costs month to month and avoid surprise bills.

Download the free study for a detailed analysis of the benefits associated with using DigitalOcean, as well as insight into the methodology and data.

The importance of predictable pricing

For early-stage startups and SMBs, every dollar counts. Traditional cloud providers commonly bill by the hour/second and users are only charged for what they use. This means that your bill may go up and down depending on usage. Many times, the pricing models for cloud providers are not clear. This lack of clarity, in addition to complicated billing processes, can lead to unexpected increases in cost if usage suddenly goes up.

The experimentation needed for early-stage startups and then the scaling required for rapid growth necessitate affordable, predictable pricing. Unfortunately, smaller businesses often experience unpredictable costs with hyperscalers focused on large enterprises. Whether they’ve chosen to bootstrap their way through launch or are awaiting initial rounds of funding, a surprise bill can be catastrophic for growing businesses.

“There’s quite simply no way to beat DigitalOcean on price versus performance.” — CTO and founder, cybersecurity

Build and grow with DigitalOcean

When speaking with DigitalOcean customers for the TEI study, Forrester found that using public cloud hyperscalers meant those customers were paying burdensomely high costs while contending with an attitude that startups and tech-focused SMBs were too small to matter. The interviewees wasted time poring over bills dozens of pages in length with unpredictable and frequently inaccurate charges and then disputing those charges with an unhelpful customer service apparatus at the hyperscalers.

“When we approached [DigitalOcean], they were very friendly and happy to have us on board. As a tiny startup, we are not interesting to the [hyperscalers], but with DigitalOcean we felt more at home. They’re similar to us in what they are doing. We are trying to build a simple product – we thought they have a simple platform, [so] we might be a good fit together.” —CTO and founder, web hosting 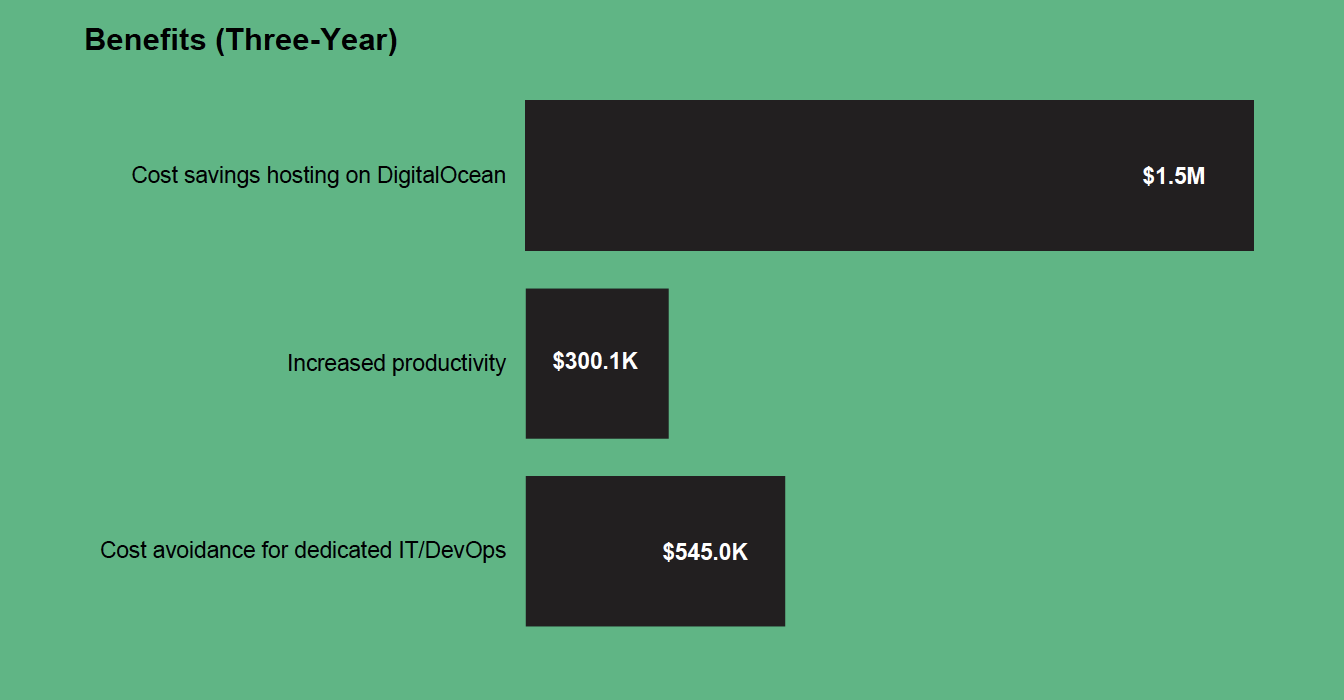 When those interviewees moved their workloads to DigitalOcean, they found that DigitalOcean was at least 50% less expensive than public cloud hyperscalers and included plentiful free bandwidth and only very modest overage charges for additional bandwidth usage. Additionally, the simplicity in DigitalOcean’s billing and accounting didn’t require lengthy reviews and verification, saving operational staff hours each month. DigitalOcean’s pricing model and simple-to-understand bills allow startups to grow without worry.

Forrester found that an increase in developer productivity was another benefit to teams using DigitalOcean. DigitalOcean’s easy-to-use interface and fully managed solutions allowed development teams to build and run their apps more quickly and efficiently than they could on a public cloud hyperscaler. Excellent documentation and stellar APIs that allow developers to automate tasks also contribute to significant time savings.

“The APIs and documentation in public libraries they provide, allow us to integrate with these services and to automate a lot of repetitive procedures that we’d otherwise have to do by hand.” —CTO and founder, cybersecurity

Saving time and money with DigitalOcean allows teams to focus on what matters most: developing their application. Technical talent in these startups can focus on innovation and creating differentiation for their business rather than spending valuable time on tasks related to IT/DevOps. Companies were able to keep teams lean while still growing during periods of dramatic growth and scaling, and as growth continued, the hiring focus could remain on product developers rather than dedicated IT/DevOps staff.

“DigitalOcean makes it possible for a very small company like ours to achieve outrageous goals (that would have been completely impossible not that long ago) with the products that they have on offer, and that the ratio of systems administrators to the number of customers that we’re able to serve is absolutely not going to be possible anywhere else.” —CTO, nonprofit digital publishing

Get started with DigitalOcean

If you’re interested in finding out what your costs would be with DigitalOcean, try our pricing calculator. With this tool, you can find out how much it will cost to run your workload on DigitalOcean compared to other public cloud providers. For detailed information and additional questions, contact our sales team to learn more.