Building an Apache Web Server through a Dockerfile

By Safa Mulani
Developer and author at DigitalOcean. 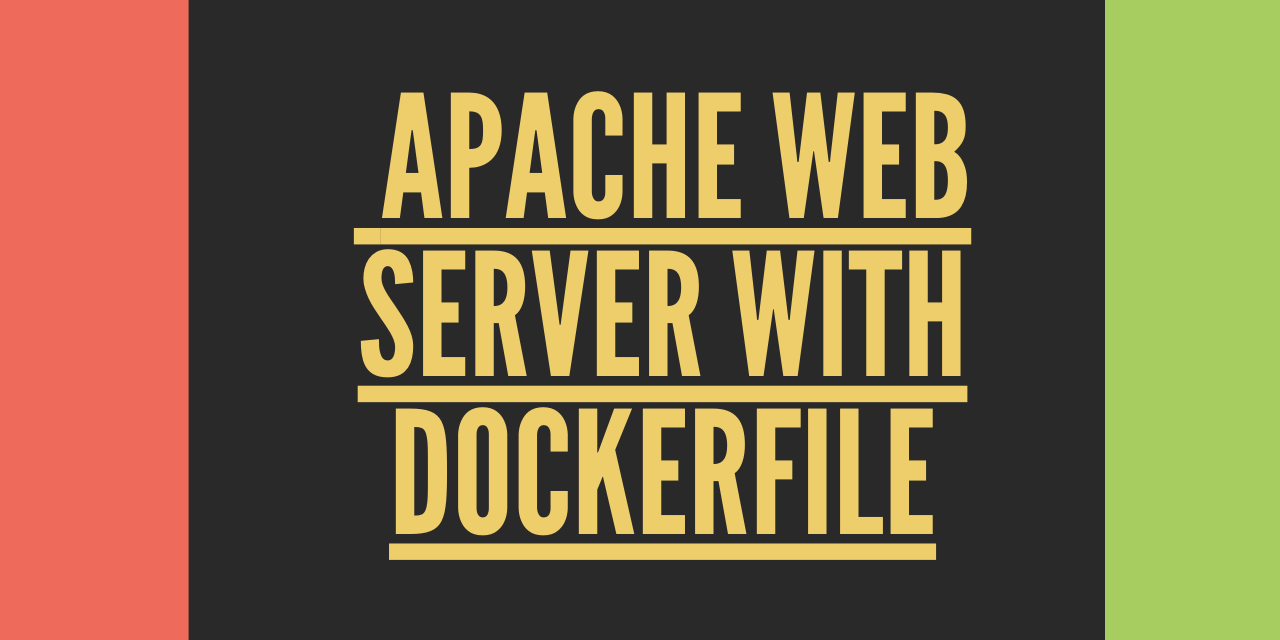 Hello, readers! In this article, we will be focusing on Building an Apache Web Server through a Dockerfile.

So, let us begin!

What is Apache Server?

Apache Server is an open source web server to configure and host the web applications online and locally as well using localhost as the medium.

It requires a lot of configuration when one wishes to set up an Apache server on the workstation.

To reduce this over, Docker has introduced the concept of Dockerfile to build and set up configurations easily.

In the course of this topic, we will be setting up Apache server on our systems with just minimal steps to work with.

Apache Server through a Dockerfile

We need to follow the below steps to set up an Apache Server through a Dockerfile:

At first, we make use of the mkdir command to create a directory specifically for all the Apache-related files.

Having created a folder, now we go ahead and create a Dockerfile within that folder with the vi editor:

As soon as we execute the previous command, a vi editor opens. Paste the following content in the Dockerfile:

To exit the editor, press ESC then :<wq! then Enter.

Now, we build the Dockerfile using the docker build command. Within which, we tag the image to be created as 1.0 and give a customized name to our image (i.e., apache_image).

Once the image has been built, we should check for the presence of the image using docker images command.

The docker images command gives us a list of all the images that are built or pulled from any public/private registry.

Step 4: Run the Docker image as a container

Once the image has been built, run the image as a container locally:

Thus, the docker run command also takes the image along with the associated tag as input to run it as a container.

In order to test the presence of Apache server on the system, visit any local browser and type localhost:

By this, we have come to the end of this topic. Feel free to comment in case you come across any questions.

For more such posts related to Docker, Stay tuned with us.

Do let us know your experience in setting up the Apache Server on your workstations in the comment box.

Till then, Happy Learning!