A guide to atop command in Linux 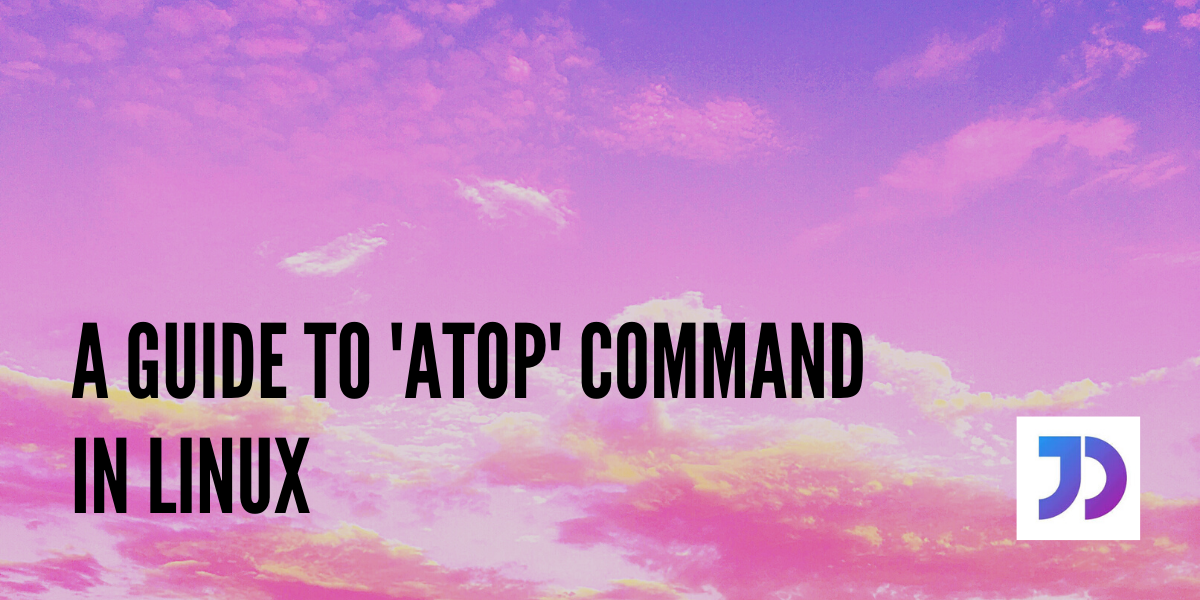 The atop command is a tool for monitoring system resources in Linux. It displays tons of information related to the amount of load on the system’s resources at the process level. There can be indefinite advantages to the user if this utility is mastered.

First things first, we have to install the atop command on the system. Debian/Ubuntu users can do so by:

Other Linux users can use their standard package manager, followed by the 'atop' keyword.

This command has the ability to display multiple confidential information related to the system. In order to prevent any data abstraction, we can get elevated access using 'sudo su' or 'sudo -s'. We have complete documentation on sudo.

Basic Output of the atop Command

To display all the process-level use of the system’s resources, we can simply run 'atop' in the terminal.

As we can see, the whole layout is divided into two panels. The upper panel provides the cumulative use of the system’s resources, whereas the bottom one, displays disintegrated information for each process. Let’s see each of the

Cumulative Statistics of the atop command

Each entry in this view, focuses on a particular system resource.

This concludes the explanation of the top panel of the atop command.

System Resources for each process

It is worth noticing that the values in 'atop' command keeps updating after certain time intervals.

The generic output of the 'atop' command displays the following details for each process entry:

In this generic output, the processes are sorted on the basis of percentage CPU utilization. As we can see, in this particular output, we get small amount of information for every type of system resource.

Let us try to study process-level information for each type of system resource.

The memory-based output of the atop command

The 'atop' command provides the opportunity to study the memory consumption for each process running in the system. We can do so by running:

As we can see, the top panel remains constant even if we added the memory option, '-m'. Let us now understand the columns for each process entry.

The processes are sorted with respect to the 'MEM' column.

Since, 'atop' is somewhat an interactive command utility, we can alter the columns from within itself. All we have to do is type the specific option while it is displaying information.

For instance, after running 'atop' on the terminal, we can switch to memory-specific output by just typing 'm'.

To extract information related to disk utilization, we can use the '-d' option along with 'atop' command.

There is not a lot of stuff to notice in the disk-specific output. Some of the key findings are:

It must be noted that, the processes are sorted on the bases of 'DSK' column.

Find Commands Running in the Background with atop command

This gives us the commands that are running in the background as processes in a command-line output format.

If you copy-paste the lines under the command line column, you can re-run the same process. This output tells us exactly what command was run in the background to initiate the process.

Instead of just inspecting process information, atop command provides the ability to check for thread-specific resource utilization. To access this output we can either run:

It is clear that none of the system resource columns have changed. All that has been added is the thread count of their respective process.

There can numerous kinds of information that can be extracted using the 'atop' command. Some of the useful ones are:

Using the '-v' option, we can get process characteristics.

2. Number of processes for each user in the system

3. Which core a process is working on?

This specific kind of information comes under scheduling characteristics for a process. It can be accessed by using '-s' option.

There are certain 'atop' command tricks that might be useful:

We know that 'atop' command can be too much to handle for any Linux user. It takes patience and perseverance to learn about this brilliant command. For any queries, feel free to ping us down in the comments section.

Ask a questionSearch for more help
Was this helpful?
JournalDev • June 7, 2021