How To Install Jenkins on Ubuntu 16.04

Jenkins is an open source automation server intended to automate repetitive technical tasks involved in the continuous integration and delivery of software. Jenkins is Java-based and can be installed from Ubuntu packages or by downloading and running its Web application ARchive (WAR) file — a collection of files that make up a complete web application which is intended to be run on a server.

In this tutorial we will install Jenkins by adding its Debian package repository, then using that repository to install the package using apt-get.

One Ubuntu 16.04 server configured with a non-root sudo user and a firewall by following the Ubuntu 16.04 initial server setup guide. We recommend starting with at least 1 GB of RAM. See Choosing the Right Hardware for Masters for guidance in planning the capacity of a production Jenkins installation.

When the server is set up, you’re ready to follow along.

The version of Jenkins included with the default Ubuntu packages is often behind the latest available version from the project itself. In order to take advantage of the latest fixes and features, we’ll use the project-maintained packages to install Jenkins.

First, we’ll add the repository key to the system.

When the key is added, the system will return OK. Next, we’ll append the Debian package repository address to the server’s sources.list:

When both of these are in place, we’ll run update so that apt-get will use the new repository:

Finally, we’ll install Jenkins and its dependencies, including Java:

Now that Jenkins and its dependencies are in place, we’ll start the Jenkins server.

Since systemctl doesn’t display output, we’ll use its status command to verify that it started successfully:

If everything went well, the beginning of the output should show that the service is active and configured to start at boot:

Now that Jenkins is running, we’ll adjust our firewall rules so that we can reach Jenkins from a web browser to complete the initial set up.

By default, Jenkins runs on port 8080, so we’ll open that port using ufw:

We can see the new rules by checking UFW’s status.

We should see that traffic is allowed to port 8080 from anywhere:

Note: If the firewall is inactive, the following commands will make sure that OpenSSH is allowed and then enable it.

Now that Jenkins is installed and the firewall allows us to access it, we can complete the initial setup.

To set up our installation, we’ll visit Jenkins on its default port, 8080, using the server domain name or IP address: http://ip_address_or_domain_name:8080

We should see “Unlock Jenkins” screen, which displays the location of the initial password 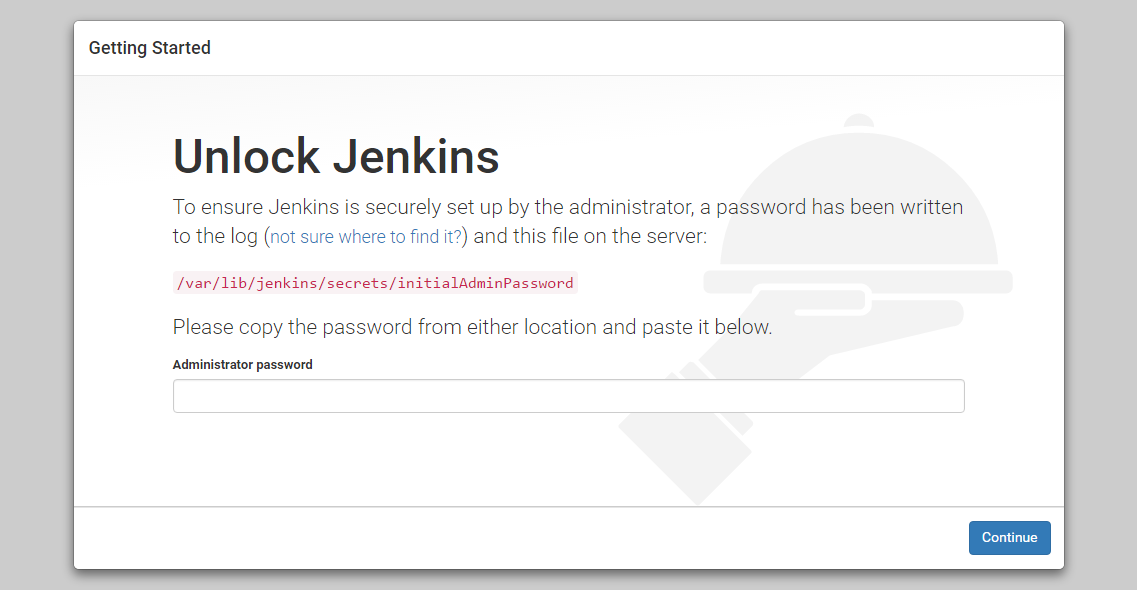 In the terminal window, we’ll use the cat command to display the password:

We’ll copy the 32-character alphanumeric password from the terminal and paste it into the “Administrator password” field, then click “Continue”. The next screen presents the option of installing suggested plugins or selecting specific plugins. 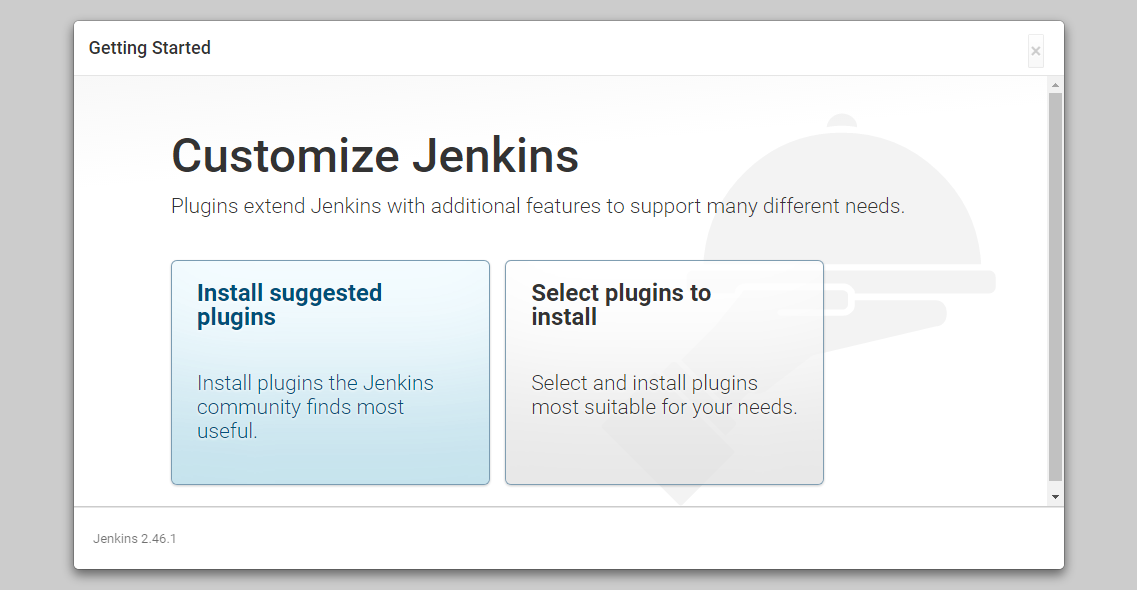 When the installation is complete, we’ll be prompted to set up the first administrative user. It’s possible to skip this step and continue as admin using the initial password we used above, but we’ll take a moment to create the user.

Note: The default Jenkins server is NOT encrypted, so the data submitted with this form is not protected. When you’re ready to use this installation, follow the guide How to Configure Jenkins with SSL using an Nginx Reverse Proxy. This will protect user credentials and information about builds that are transmitted via the Web interface. 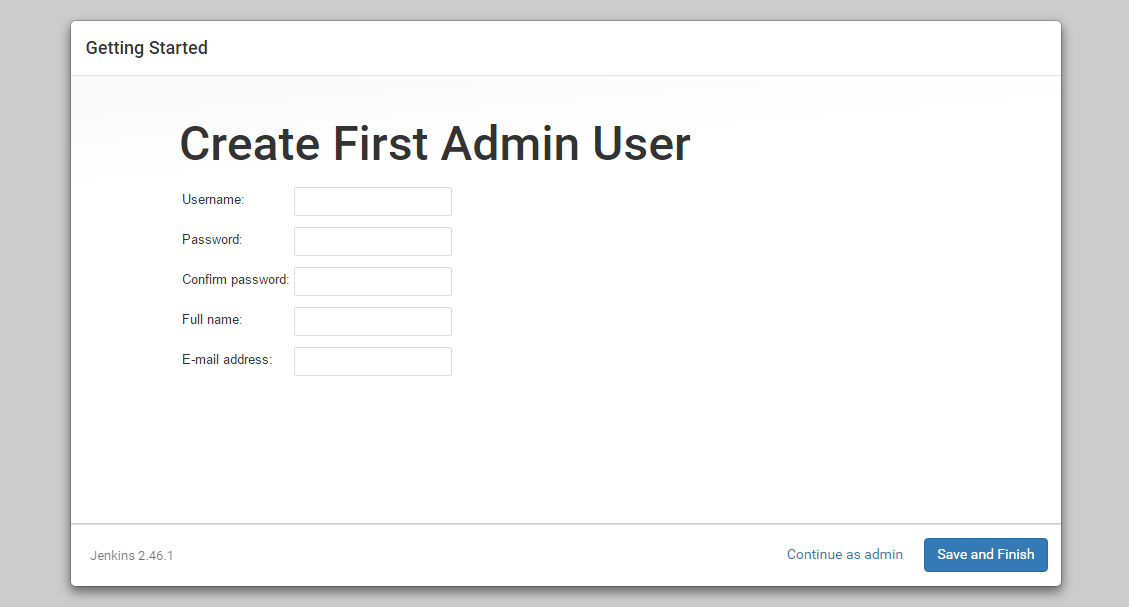 Once the first admin user is in place, you should see a “Jenkins is ready!” confirmation screen. 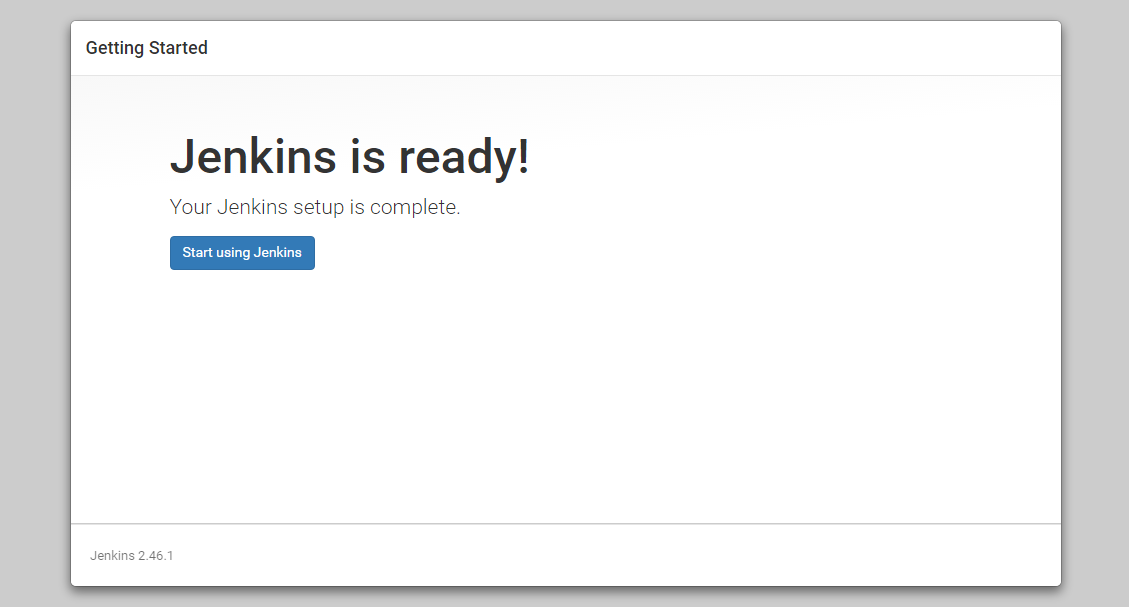 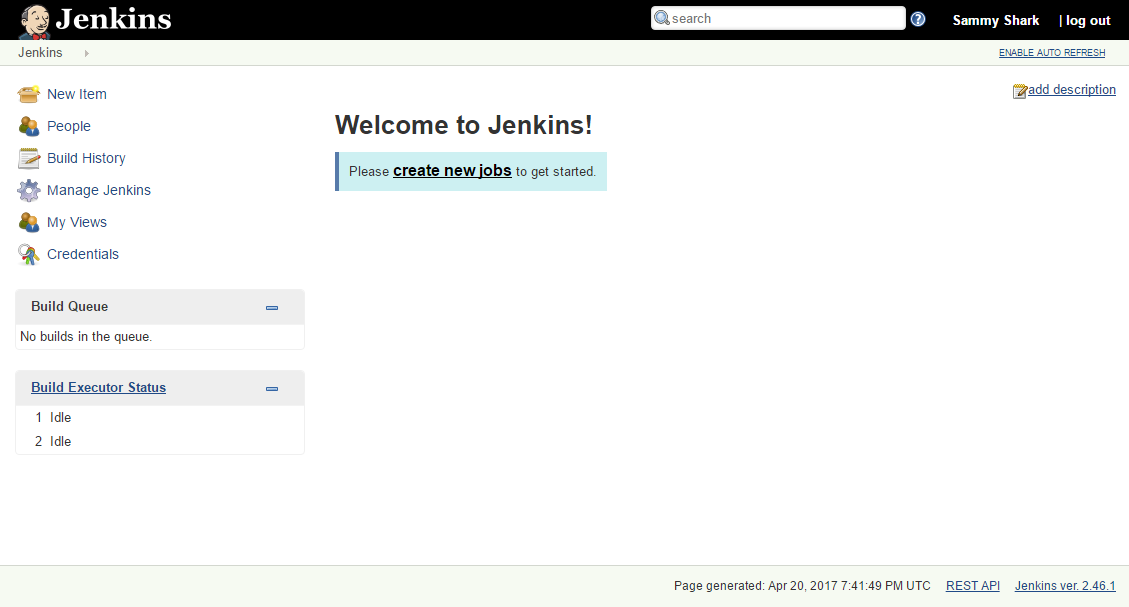 At this point, Jenkins has been successfully installed.

In this tutorial, we’ve installed Jenkins using the project-provided packages, started the server, opened the firewall, and created an administrative user. At this point, you can start exploring Jenkins.

When you’ve completed your exploration, if you decide to continue using Jenkins, follow the guide, How to Configure Jenkins with SSL using an Nginx Reverse Proxy in order to protect passwords, as well as any sensitive system or product information that will be sent between your machine and the server in plain text.

The Ubuntu droplet doesn’t have JRE which is required by Jenkins so the installation process will fail after download. Would be nice to add a pre-installation step:

Thanks for the tutorial. Very helpful.

One minor point … you may want to change the command:

as per the Jenkins instructions here:

Hi, thanks for tutorial. I’ve executed all steps and installed jenkins on my droplet.

I am able to run jenkins via web link (www.mysite.bla:8081) and even do some actions - create a new job, look through configuration, etc. But after some time, jenkins becomes unavailable and I see notification: “Firefox can’t establish a connection to the server at mysiet.bla:8081.”

I’m wondering if someone faced such kind of problem? What could be a cause of the issue? Currently, I’m trying to read jenkins’ logs, but I am new to jenkins and don’t understand much.

Please clarify what may be going wrong here ?

But as per your post I should have got

Please clarify how to get OpenSSH as well ?

Great GREAT Tutorial - thanks so much :)

After a time of activation, I cannot access my jenkins server through port 8080, although in systemctl it gives me ok and ufw also prints allow in port 8080

“Finally, we’ll install Jenkins and its dependencies, including Java”

That’s strange - after executing this line, jenkins failed to start and asked me to execute systemctl status jenkins.service to see what’s wrong. So I did and the result was ERROR: No Java executable found. So, it seems, Jenkins doesn’t install Java as dependency anymore? Which Java version should I install then? I’ve heard Jenkins might not be fully compatible with Java JDK 9, 10 or 11, but it was some time ago, so I’m not sure anymore.

This was very helpful. Thanks.

I think before you install jenkins you’ll also need to install appropriate version of JRE. There’s a guide available from DO here: installl JRE on ubuntu 16.04