How to Install PyCharm on Linux [Step-By-Step] PyCharm is an Integrated Development Environment for Python developed by Jetbrains. It offers an intelligent code editor and tools for debugging, refactoring, and profiling the code.

Apart from this it also has a built-in terminal and integration with major Version controls systems (Git, SVN, etc.) and Virtual Machines like Docker and Vagrant.

This feature-rich environment is the reason, PyCharm has quickly become one of the most popular IDE among developers. Since a lot of developers use Linux, we will take a look at how to install PyCharm on Linux.

There are two major ways to install Pycharm on Linux. The first one is using the official tar package released by JetBrains and the other is through a Snap package.

Snaps are an app package developed by Canonical. They are marketed as universal packages and are supported by all major distributions including Ubuntu, Linux Mint, Debian, Arch, Fedora, and Manjaro. For a full list of supported distributions refer here.

This method simply required downloading and unpacking a tarball and can be used on ANY Linux distribution.

Go to the Pycharm Download page and download the package of your choice. In this tutorial, I will be installing the Community (Free) package. 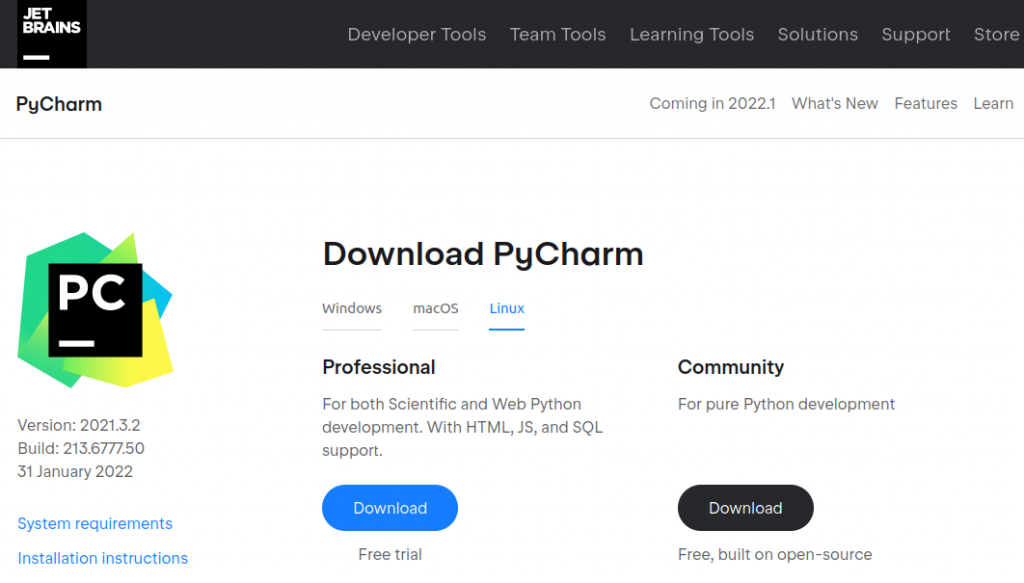 After you have downloaded the tar package, go ahead and unpack it using the tar command.

With Tarballs, we don’t have to install anything. Instead, we just have to extract the tarball and make the shell script executable by giving them certain permissions.

To do this, go to the extracted folder (it must be in the same folder as the tarball), enter its bin folder and use chmod on the PyCharm shell file.

Setting up Pycharm on Linux

When you start up PyCharm for the first time, you will be prompted with terms and conditions. After accepting the Terms and Conditions, PyCharm will ask you whether you want to send “Anonymous Statistics” or not. 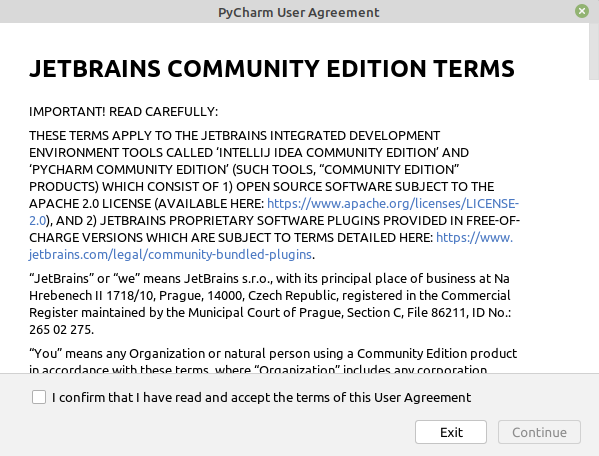 After accepting the necessary terms, you can start your first project in Pycharm or you can open an already existing project. Other than this you can also open a project from VCS such as Git. 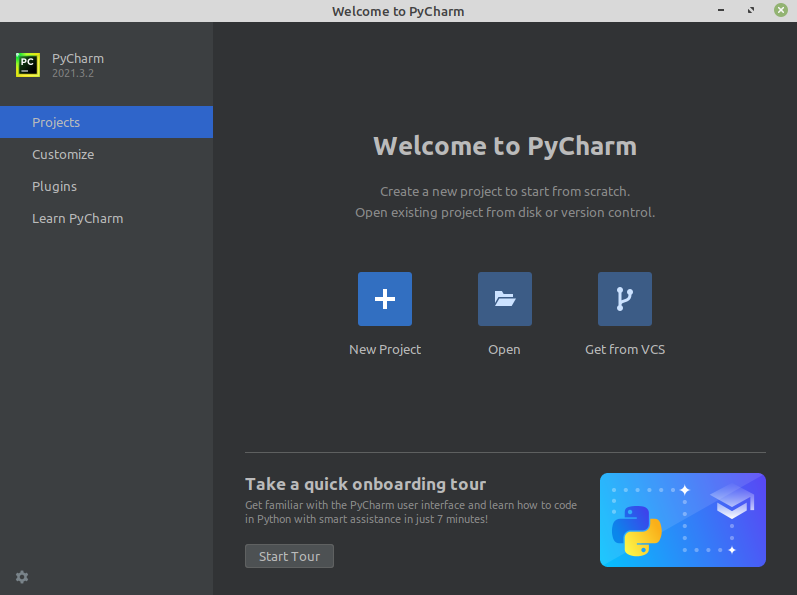 In this article, we learned how to install Pycharm, which is an integrated development environment widely used by programmers around the world. It can be installed either using the tar file or the snap package manager. To learn more about Pycharm, check out the documentation here. How to Install PyCharm on Linux