Python for loop [with easy examples] 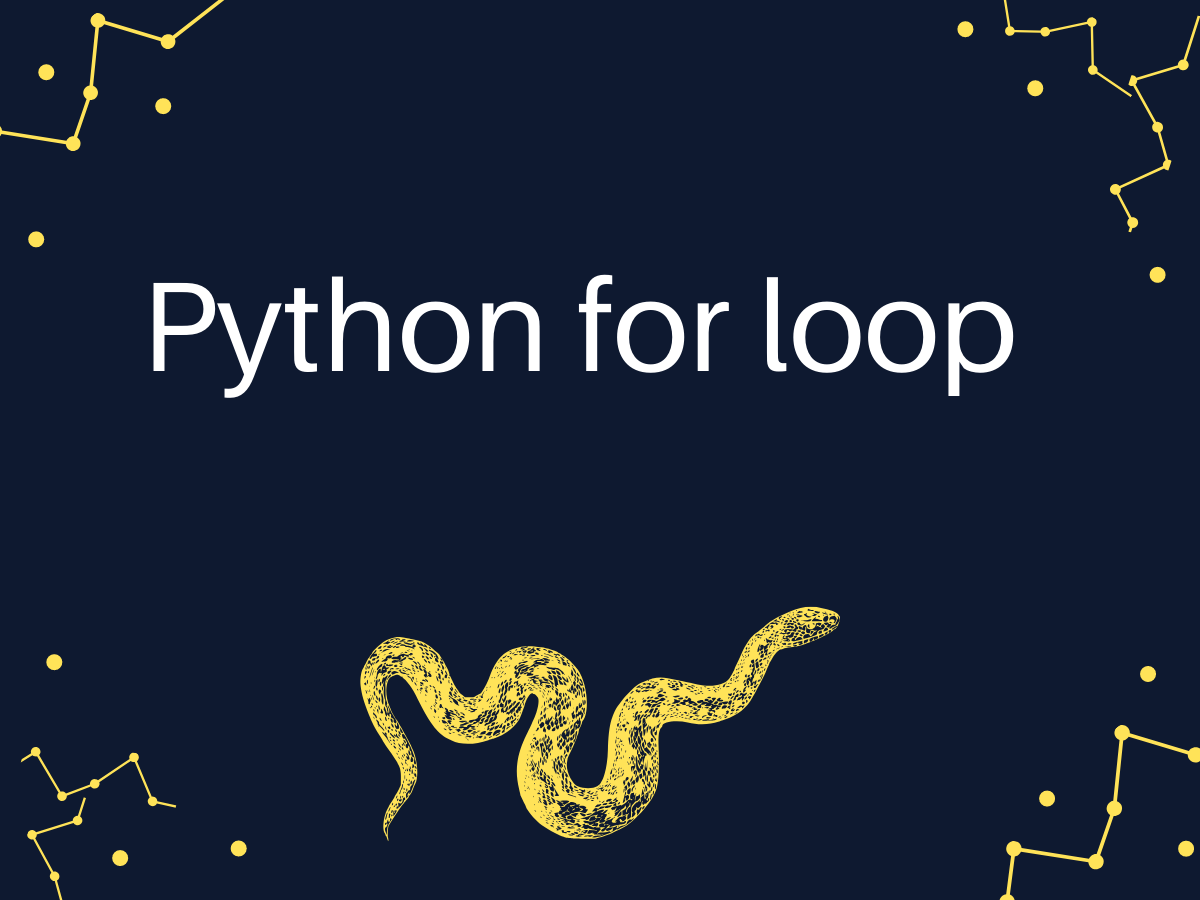 The for loop in Python is an iterating function. If you have a sequence object like a list, you can use the for loop to iterate over the items contained within the list.

The functionality of the for loop isn’t very different from what you see in multiple other programming languages.

In this article, we’ll explore the Python for loop in detail and learn to iterate over different sequences including lists, tuples, and more. Additionally, we’ll learn to control the flow of the loop using the break and continue statements.

Basic Syntax of the Python for loop

The basic syntax of the for loop in Python looks something similar to the one mentioned below.

Let me explain the syntax of the Python for loop better.

1. Print individual letters of a string using the for loop

Python string is a sequence of characters. If within any of your programming applications, you need to go over the characters of a string individually, you can use the for loop here.

Here’s how that would work out for you.

The reason why this loop works is because Python considers a “string” as a sequence of characters instead of looking at the string as a whole.

2. Using the for loop to iterate over a Python list or tuple

Lists and Tuples are iterable objects. Let’s look at how we can loop over the elements within these objects now.

Now, let’s move ahead and work on looping over the elements of a tuple here.

Consider the list example above. The for loop prints out individual words from the list. But what if we want to print out the individual characters of each of the words within the list instead?

This is where a nested for loop works better. The first loop (parent loop) will go over the words one by one. The second loop (child loop) will loop over the characters of each of the words. 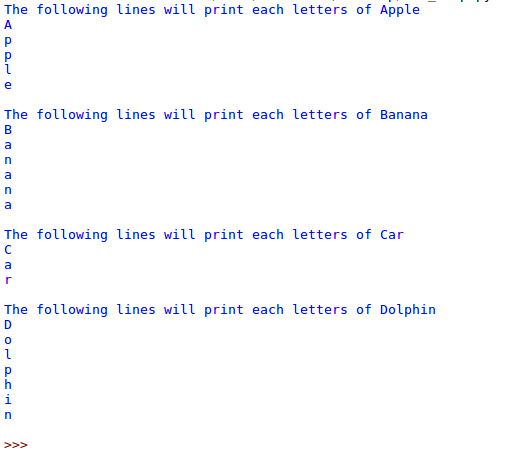 4. Python for loop with range() function

Python range() is one of the built-in functions. When you want the for loop to run for a specific number of times, or you need to specify a range of objects to print out, the range function works really well. Consider the following example where I want to print the numbers 1, 2, and 3.

In the below example, I’ve used number 3 as the step and you can see the output numbers are the previous number + 3.

5. break statement with for loop

In this case, we’ll use the Python if else condition along with our for loop.

6. The continue statement with for loop

We can use continue statements inside a for loop to skip the execution of the for loop body for a specific condition.

Let’s say we have a list of numbers and we want to print the sum of positive numbers. We can use the continue statements to skip the for loop for negative numbers.

6. Python for loop with an else block

We can use else block with a Python for loop. The else block is executed only when the for loop is not terminated by a break statement.

Let’s say we have a function to print the sum of numbers if and only if all the numbers are even.

We can use break statement to terminate the for loop if an odd number is present. We can print the sum in the else part so that it gets printed only when the for loop is executed normally.

The for loop in Python is very similar to other programming languages. We can use break and continue statements with for loop to alter the execution. However, in Python, we can have optional else block in for loop too.

I hope you have gained some interesting ideas from the tutorial above. If you have any questions, let us know in the comments below.

Thanks for this lesson. I’ve learned a lot.

Hi Pankaj, problem lies with this line “print letter”. It should be print (letter)

Thank you Imtiaz Abedin for this very useful tutorial series on python.

Python tutorials are really very helpful. But there are some errors in codes.Like in python nested loop example in print function.