Hello everyone, hope you are learning python well. In this tutorial we will learn about python time sleep() method. Python sleep function belongs to the python time module that is already discussed earlier

Here the argument of the sleep() method t is in seconds. That means, when the statement time.sleep(t) is executed then the next line of code will be executed after t seconds. See the following example:

If you run the above code then you will see that the second print executes after 5 seconds. So you can make delay in your code as necessary. The argument can be in floating value also to have more precise delay. For example you want to make delay for 100 milliseconds which is 0.1 seconds, as following:

Elapsed time is greater than 5 because each time in the for loop, execution is halted for 1 second. The extra time is because of the execution time of the program, operating system thread scheduling etc.

Sometimes you may need to delay for different seconds of time. You can do it as follows:

You may need to print some message in a dramatic way, you can do it as following:

If you run the above code then, you will see that after printing every character of the message it’s taking some time, which seems like dramatic.

Below image shows the output produced by above python thread sleep example. 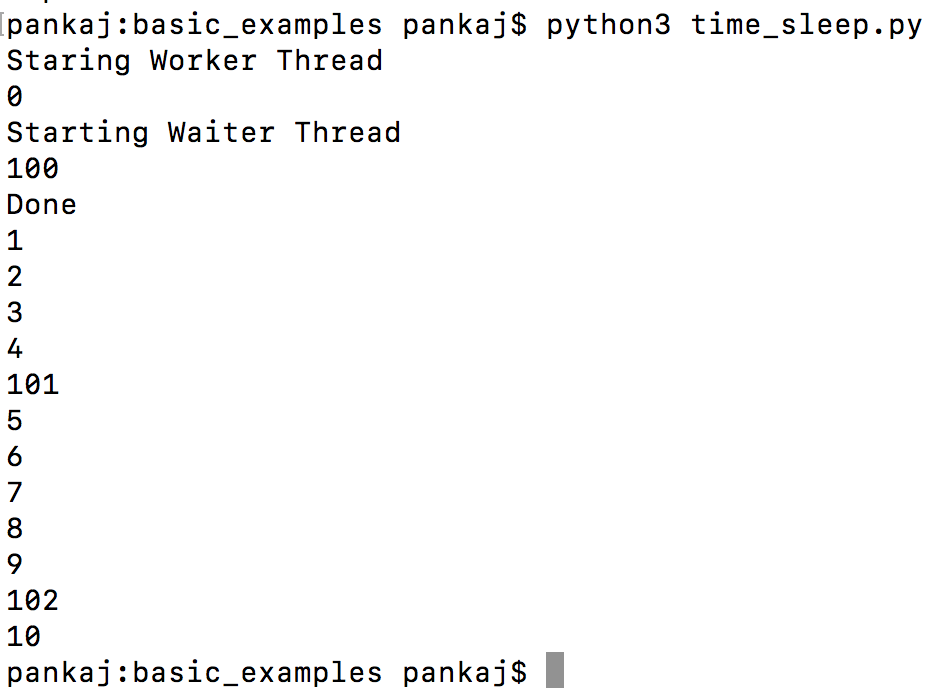 That was an awesome, concise and clear explanation! Thanks very much!