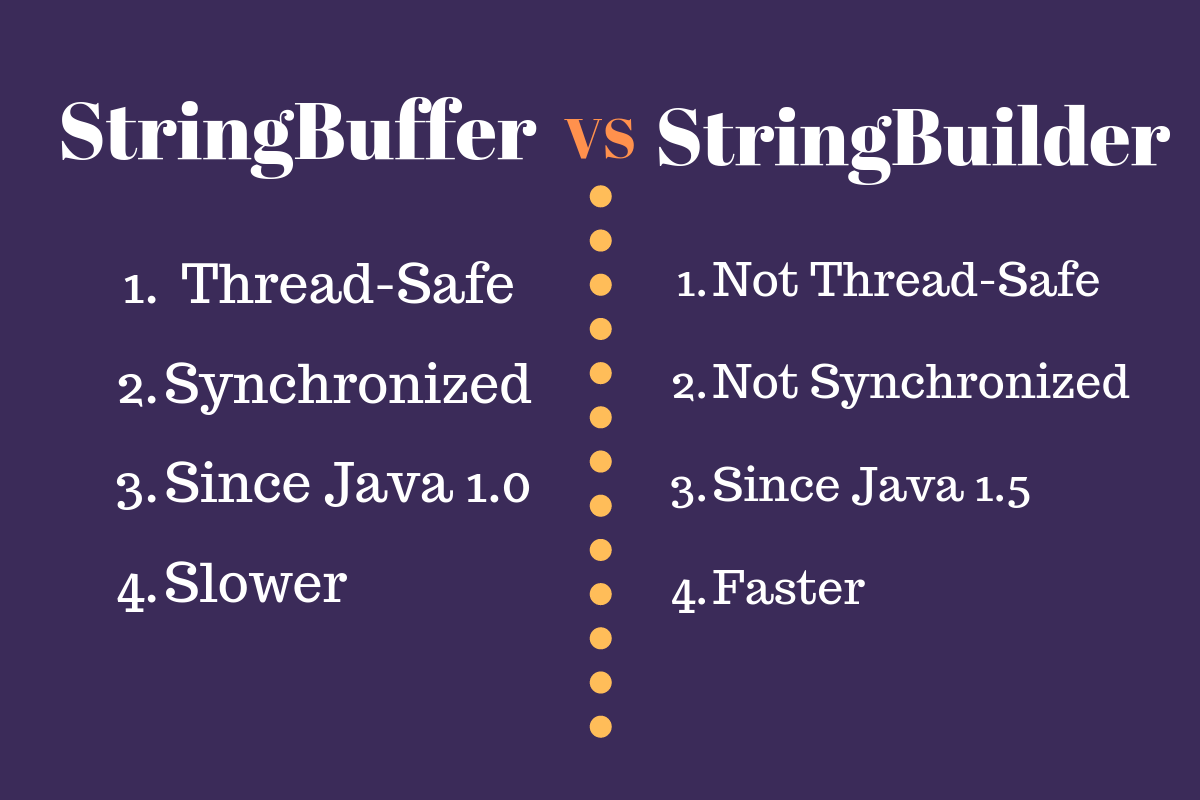 The string is one of the most important topics in the core java interview. If you are writing a program that prints something on the console, you are use String. This tutorial is aimed to focus on major features of String class. Then we will compare the StringBuffer and StringBuilder classes.

I am trying to check the effect on performance because of synchronization with a sample program that performs append() on StringBuffer and StringBuilder object for multiple times.

I ran the same code for the StringBuffer object also to check the time and memory values. I have executed the code 5 times for each case and then calculated the average values.

It’s clear that StringBuilder performs better than StringBuffer even in the case of a single-threaded environment. This difference in performance can be caused by synchronization in StringBuffer methods.

That’s all for a quick roundup of difference between String, StringBuffer, and StringBuilder. StringBuilder is better suited than StringBuffer in most of the general programming scenarios. References:

Ask a questionSearch for more help
Was this helpful?
JournalDev • November 9, 2021

If we do or don’t do it, someone will laugh

Pankaj, On the very same context, also include a note for StringJoiner.

If we look both String and StringBuilder both are final class and fields are also final, then what extra property is there in String class, that make it immutable and StringBuilder as immutable. Please provide me the solution. Q2:-When we are creating our custom immutable class, generally we are making our class as 1)final, 2)all the fields are making final and initializing them with the help of constructor 3) only providing the getter methods, no setter methods It will holds good for primitive type data Type or immutable class(StringBuffer), what if in our class there is a mutable property is there, how to achieve immutable in that case. Please provide me the answer with example. From a long time I was looking for this answer. nb:- from interet I found something like make the defense copy of that property, but I didn’t get how exactly I ll achieve that.