Building an Apache Web Server through a Dockerfile
View

By Meghna Gangwar
Developer and author at DigitalOcean. 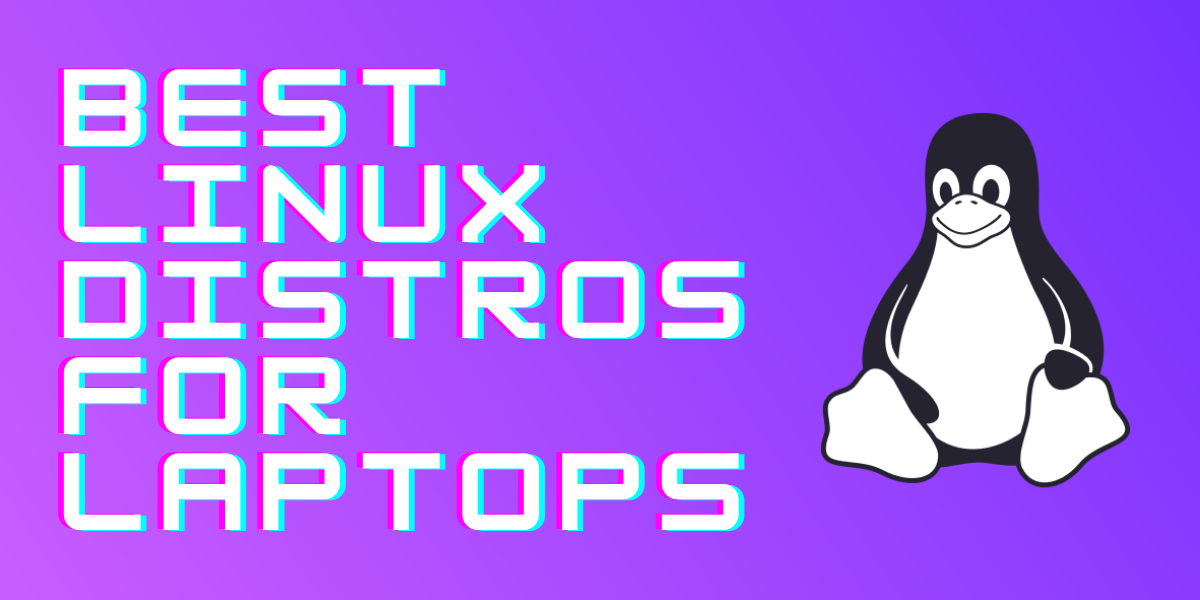 If you’re looking for the best Linux distros for your laptops, look no further. It has been a common myth that Linux-based distros are mainly suited to servers and high-end cloud devices, Linux is perfect to be run as your daily driver on your laptop. One can even go as far as saying that Linux distros are the better choice for laptops as they optimize hardware usage and can even run on older laptops!

Read 10 Reasons Why Linux Is Better Than Windows.

In this module, we will have a look at some distros which are best suited for laptops so that you can choose the best one for yourself.

Ubuntu is one of the most versatile Linux distributions with an active community and long-term supports. It is a favorite among newbies and intermediate users, especially due to the large number of software utilities available. Ubuntu by default uses Unity as its desktop environment but is also available in different flavors like Lubuntu (which is based on LXDE/LXQT), Xubuntu(which uses the XFCE desktop environment), and Kubuntu(which features KDE Plasma).

The system requirements for running Ubuntu is:

The system requirements for running Xubuntu are:

The system requirements for running Lubuntu are:

The system requirements for running Kubuntu are:

When we talk about Distros for Laptops, one cannot simply ignore Pop!_OS developed by System 76 for their Laptops and is based on Ubuntu. However, it is much more power-packed features and allows for some super cool features like:

Pop!_OS is also one of the best distros for programmers and engineers. It comes pre-packed with a lot of tools to facilitate development and coding. It ships with GNOME Desktop Environment and has two built-in themes: Light and Dark. It available as an LTS Release!

The system requirements for PopOS! are:

If you are someone who has recently switched over from Windows and are looking for some beginner-friendly distros, then Linux Mint might be the one for you. It is a fairly lightweight Linux distro that somewhat resembles Windows in its appearance. It also comes with a lot of feature-rich applications like multimedia support and timeshift. It comes in three major flavors:

Linux Mint is based off on Ubuntu. One of the unique apps which Linux Mint features is Warpinator: a tool based on Giver that makes it easy to share files with other users across a local network. Another thing to look out for Linux Mint Debian Edition (LMDE) which is a version of Linux Mint based on Debian.

The system requirements for Linux Mint are:

Elementary OS is probably one of the most beautiful Operating Systems out there, with the custom-developed Pantheon Desktop Environment strongly resembling Mac OS in look and feel which makes it ideal for people switching over from Mac.

It is based off on Ubuntu and is an extremely popular choice for laptops as it comes bundled with a lot of different drivers which are required by laptops, including some drivers required by older models.

It is a very lightweight distro that comes pre-packed with basic packages like a browser and an email client. However, you can fetch a wide variety of applications from its app store.

The system requirements for Elementary OS are:

Manjaro is an Arch Based Linux distribution and is one of the best ones suited to be your daily driver. One of the main reasons of it’s popularity is Manjaro Hardware Detection which detects your hardware types and installs the required drivers for you.

It also lets you enjoy the Arch environment without going through the horrors of Arch Installation. It is very stable as compared to Arch Linux which makes it very suitable as a Desktop driver.

Though the system requirements vary vastly from flavor to flavor, the recommended ones are:

Garuda Linux is probably one of the coolest looking Linux distros out there and is specially crafted for desktop/laptop users. It ships with the Zen kernel which is one of the best kernels for Desktops/Laptops. It also uses BTRFS as the default file system and supports automatic snapshots out of the box using Timeshift. In spite of being based on Arch Linux, it has a lot of GUI support. For instance, you can install apps, change kernels, manage drivers, tweak GRUB settings, etc all via GUI options, unlike most other distros which use the CLI for the same.

Another very important feature of Garuda Linux is that it is optimized for gaming as well! You can download a wide variety of games and emulators from the Garuda Gamer GUI which makes the installation process very easy. Overall, Garuda provides a very feature-rich, eye-candy desktop, while still retaining the pros of Arch.

The system requirements for Gardua Linux are:

7. OpenSUSE - Linux distros for IT professionals 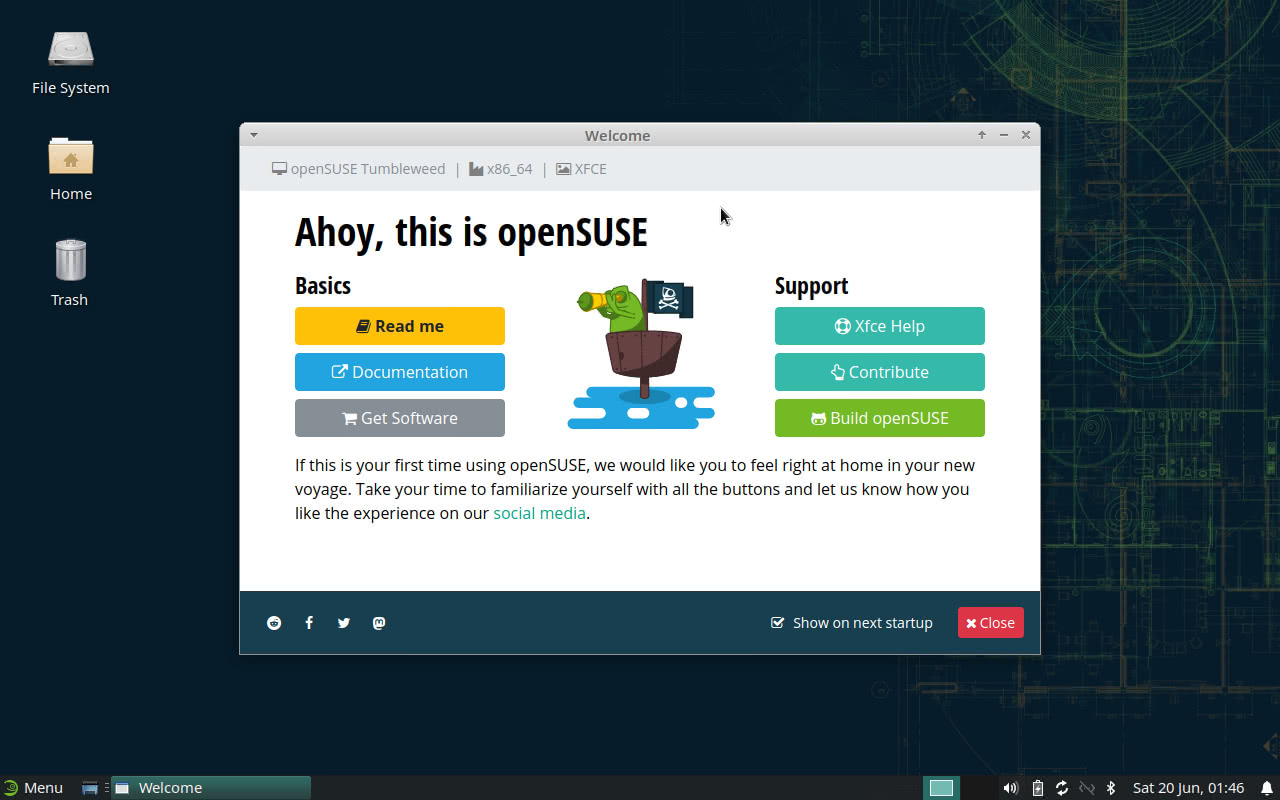 If you are a power user, an IT professional, a sysadmin, or a coder, this is the Linux distro for your laptop! It requires minimum post-installation configuration and comes with a lot of specialized tools like OBS (Open Build Service), openQA, and Kiwi. In spite of it being designed primarily for people in tech, it can be configured for usage as a daily desktop driver as well, thanks to YaST, a very comprehensive system configuration and installation tool, which makes the distro a bit more accessible to users who don’t enjoy working with the terminal.

OpenSUSE comes pre-packed with a lot of drivers for newer as well as older laptops. Unlike other distros on this list it comes only in the two following flavors:

The system requirements for OpenSUSE are:

These were some of the best suited Linux Distros for Laptops. There are still many more like ZorinOS, MX Linux, RebornOS and much more and we highly encourage you to try them out before settling for the distro of your choice.

Even if Garuda Linux is so popular, then why it’s not in the list of linux distro of wikipedia?