Tutorial
How To Set Up Multi-Factor Authentication for SSH on Ubuntu 14.04

How To Install Authy And Configure Two-Factor Authentication For SSH

Using two-factor authentication, makes your VPS more secure by not just requiring a password or SSH key, but also a time-sensitive token generated by your phone.

This means that even if your password is compromised or you accidentally divulge your private key, your cloud server will remain secure.

Authy provides a straightforward platform for setting this up, which is compatible not only with popular apps like Google and Dropbox, but also your very own VPS.

It’s super simple to set up, and although it is a commercial service, for personal and development use, you can have up to 1000 logins per month for free.

Set up Authy on your phone

Download the Authy app for your iOS or Android device.

Open the app, and follow the simple steps, including verifying your phone number. Your phone is now a secure token.

You’ll need to register again, this time as a developer, so that you can link your VPS to your phone’s Authy app.

To do this, head to the signup page here and enter your email address, country, phone number and a password - make sure you use the same mobile number as you entered before. 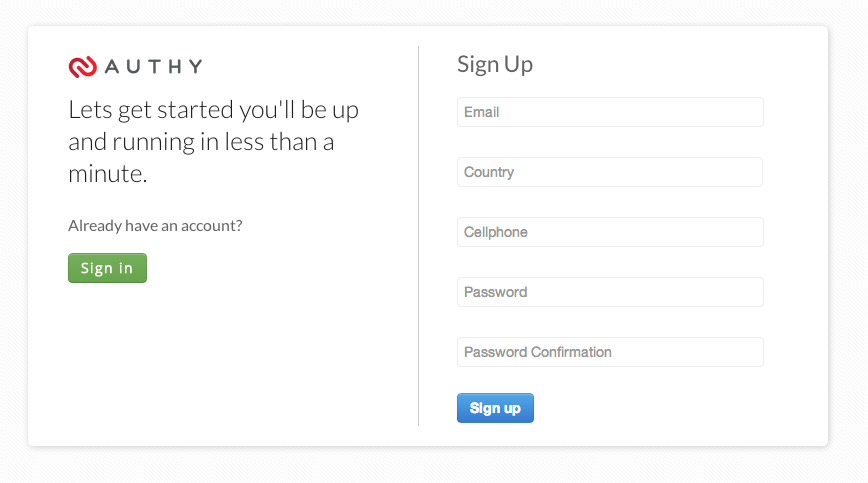 Once you receive an email from Authy, click the link in it and you’ll be asked to log in. Your phone will automatically have been configured as the token for accessing your account - open the “Authy” app, and you’ll have your password for logging in. 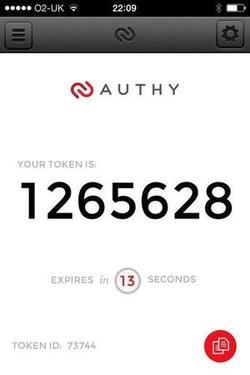 Once you’re into your dashboard, click “Create new application”, enter a friendly name for your cloud server and click “Create”.

After a few seconds, you’ll be taken through to your app. Hover over the padlock where it says API key, and copy the key to somewhere safe. You’ll need it again in a moment.

First of all, SSH into your VPS:

Download the installer, then run it, installing the executables in /usr/local/bin:

At the prompt, enter the API key you received earlier from the Authy website. You’ll be asked to choose what to do if Authy is down - I’d recommend option 1, in case the service were to shut down suddenly.

Configure Two-Factor Authentication for Your User

It’ll ask you confirm. Hit “y”, and then everything is ready to go.

Restart your SSH server so the changes take effect.

Try to SSH back in, and you’ll be asked for your Authy Token. Open the app, switch to the “Authy” and enter the code. You are now logged in.

It’s imperative that you’re careful when uninstalling authy-ssh, or you could lose access to your VPS. It’ll take just two commands:

Run the installer script from before, but in uninstall mode:

Restart your SSH server, as above: