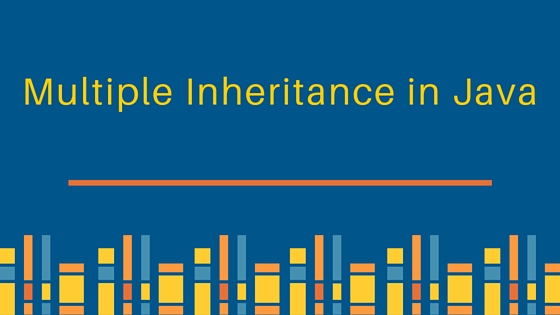 To understand diamond problem easily, let’s assume that multiple inheritances were supported in java. In that case, we could have a class hierarchy like below image. 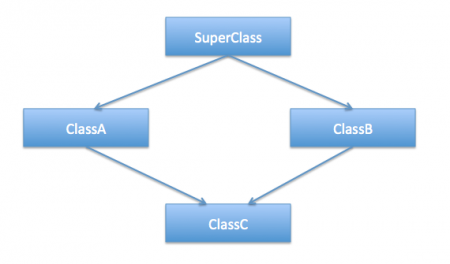 Now let’s say ClassC implementation would be something like below and it’s extending both ClassA and ClassB. ClassC.java

Notice that test() method is making a call to superclass doSomething() method. This leads to the ambiguity as the compiler doesn’t know which superclass method to execute. Because of the diamond-shaped class diagram, it’s referred to as Diamond Problem in java. The diamond problem in Java is the main reason java doesn’t support multiple inheritances in classes. Notice that the above problem with multiple class inheritance can also come with only three classes where all of them has at least one common method.

Notice that both the interfaces are declaring the same method, now we can have an interface extending both these interfaces like below. InterfaceC.java

This is perfectly fine because the interfaces are only declaring the methods and the actual implementation will be done by concrete classes implementing the interfaces. So there is no possibility of any kind of ambiguity in multiple inheritances in Java interfaces. That’s why a java class can implement multiple interfaces, something like below example. InterfacesImpl.java

Composition for the rescue

One of the best practices of Java programming is to “favor composition over inheritance”. We will look into some of the aspects favoring this approach.

That’s all for multiple inheritances in java and a brief look at composition.

thanks, Pankaj. found this very useful

Thank You Sir… This is Great Explanation

Multiple inheritance in Java is possible (although in limited way) since java 8, using default method of the interface

Hi everyone the explained multiple inheritance concept is wrong. first thing is we cannot extend two classes , there itself we get compile time error. the correct answer for "why multiple inheritance is not possible in java " is. every class contains constructor , if user is not defined the constructor compiler itself will define the constructor and internally the super class constructor is called by super() calling statement and we cannot have 2 super() calling statements and when we extend 2 class to one class there will be an ambiguity for sub class constructor that is , for which class it should call. but interface doesn’t contain constructor so it can be achieved through interface.

how we can achieve composition in abstract class?