How to Scale Django: Beyond the Basics
View

What is Load Balancing?

Load balancing is a key component of highly-available infrastructures commonly used to improve the performance and reliability of web sites, applications, databases and other services by distributing the workload across multiple servers.

In this example, the user connects directly to the web server, at yourdomain.com. If this single web server goes down, the user will no longer be able to access the website. In addition, if many users try to access the server simultaneously and it is unable to handle the load, they may experience slow load times or may be unable to connect at all.

This single point of failure can be mitigated by introducing a load balancer and at least one additional web server on the backend. Typically, all of the backend servers will supply identical content so that users receive consistent content regardless of which server responds. 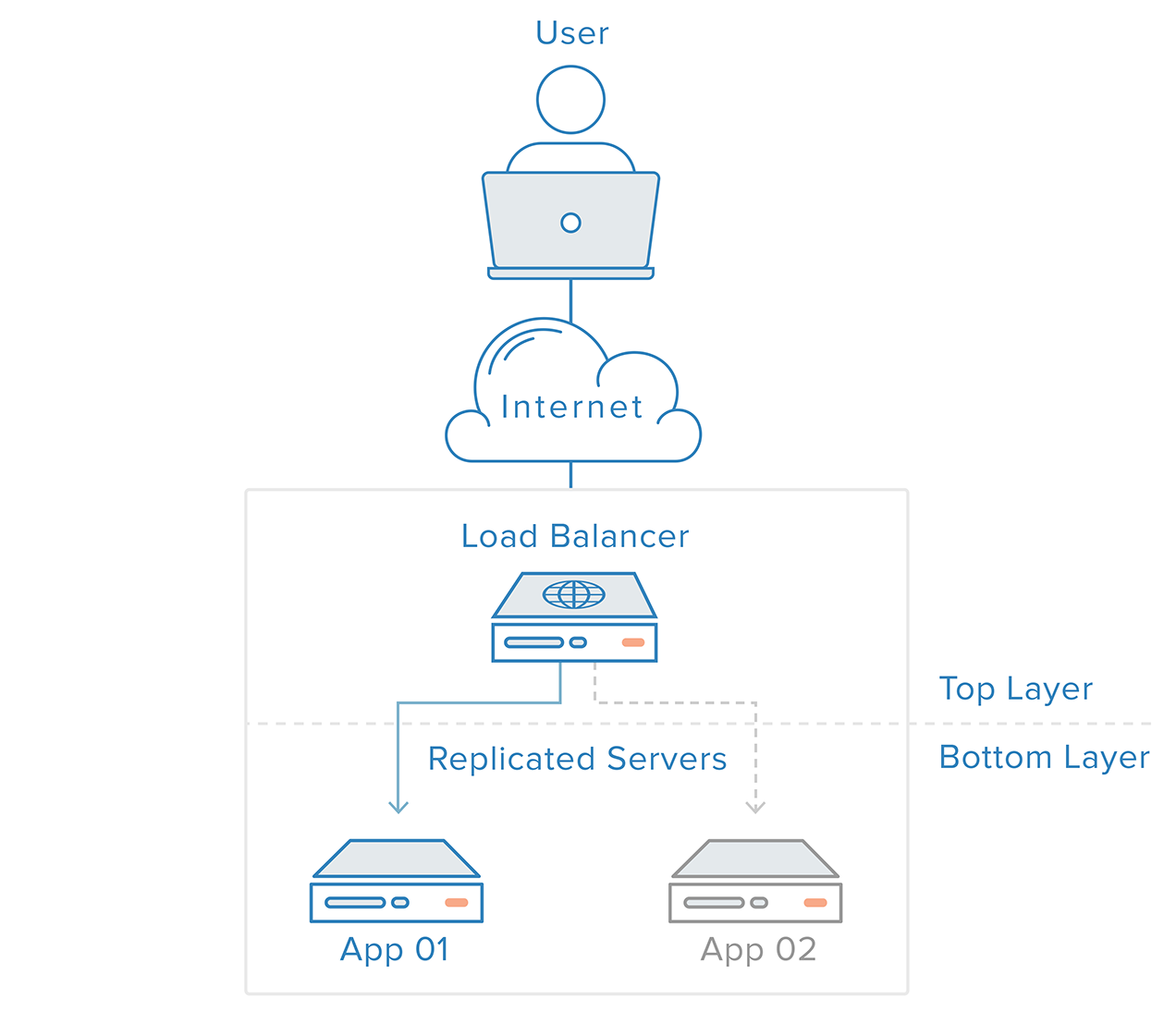 What kind of traffic can load balancers handle?

How does the load balancer choose the backend server?

Load balancers choose which server to forward a request to based on a combination of two factors. They will first ensure that any server they can choose is actually responding appropriately to requests and then use a pre-configured rule to select from among that healthy pool.

Load balancers should only forward traffic to “healthy” backend servers. To monitor the health of a backend server, health checks regularly attempt to connect to backend servers using the protocol and port defined by the forwarding rules to ensure that servers are listening. If a server fails a health check, and therefore is unable to serve requests, it is automatically removed from the pool, and traffic will not be forwarded to it until it responds to the health checks again.

The load balancing algorithm that is used determines which of the healthy servers on the backend will be selected. A few of the commonly used algorithms are:

Round Robin — Round Robin means servers will be selected sequentially. The load balancer will select the first server on its list for the first request, then move down the list in order, starting over at the top when it reaches the end.

Source — With the Source algorithm, the load balancer will select which server to use based on a hash of the source IP of the request, such as the visitor’s IP address. This method ensures that a particular user will consistently connect to the same server.

The algorithms available to administrators vary depending on the specific load balancing technology in use.

How do load balancers handle state?

Some applications require that a user continues to connect to the same backend server. A Source algorithm creates an affinity based on client IP information. Another way to achieve this at the web application level is through sticky sessions, where the load balancer sets a cookie and all of the requests from that session are directed to the same physical server.

To remove the load balancer as a single point of failure, a second load balancer can be connected to the first to form a cluster, where each one monitors the others’ health. Each one is equally capable of failure detection and recovery. 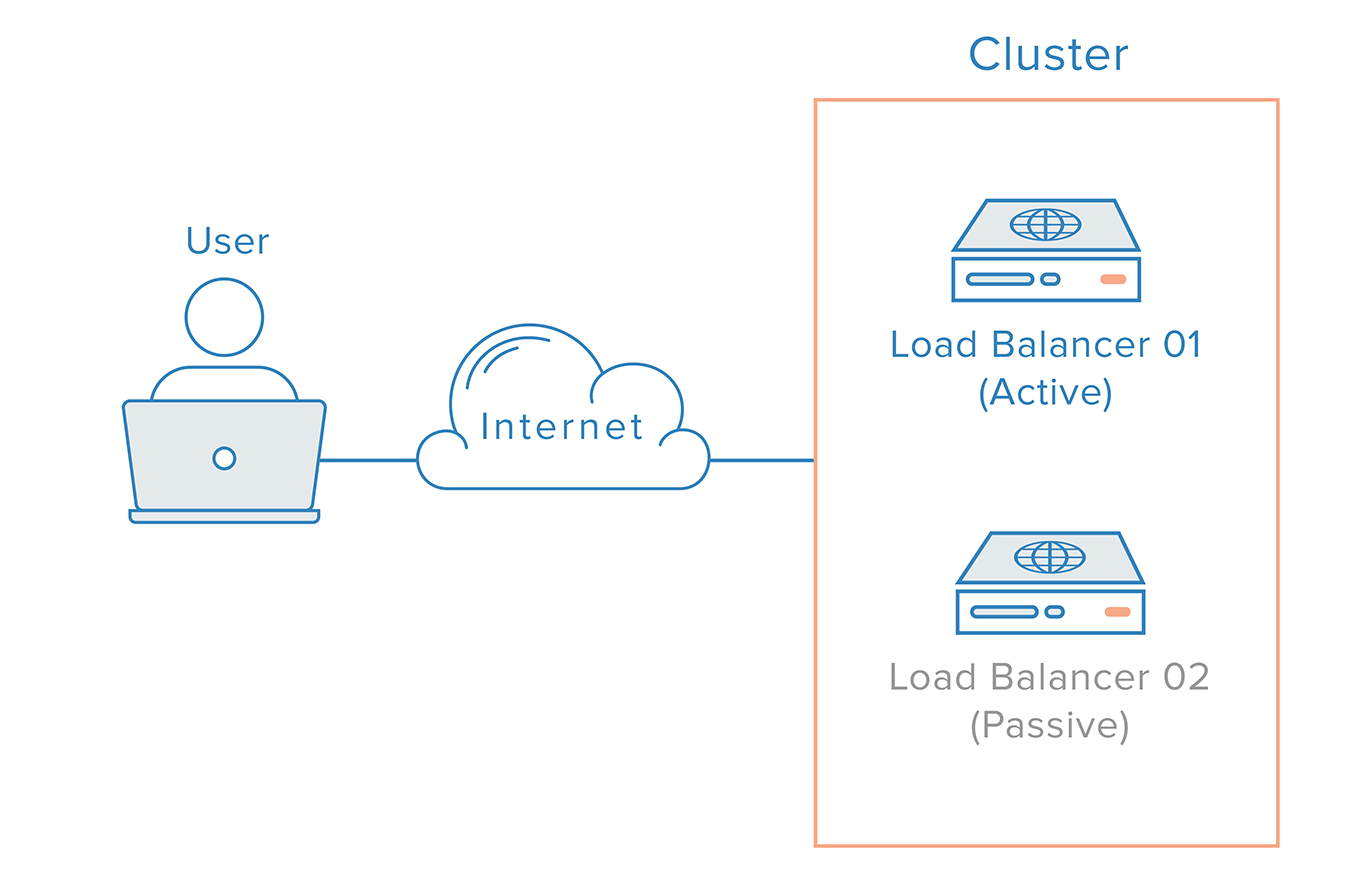 In the event the main load balancer fails, DNS must take users to the to the second load balancer. Because DNS changes can take a considerable amount of time to be propagated on the Internet and to make this failover automatic, many administrators will use systems that allow for flexible IP address remapping, such as Reserved IPs. On demand IP address remapping eliminates the propagation and caching issues inherent in DNS changes by providing a static IP address that can be easily remapped when needed. The domain name can remain associated with the same IP address, while the IP address itself is moved between servers.

This is how a highly available infrastructure using Reserved IPs might look:

In this article, we’ve given an overview of load balancer concepts and how they work in general. To learn more about specific load balancing technologies, you might like to look at:

Ask a questionSearch for more help
Was this helpful?
4 Comments

thanks for the tutorial

One of the cleanest and simplest descriptions I’ve read about load balancers and what they do. Thanks, and I might borrow a few bits to put on the Loadbalancer.org blog :-).

It’s a shame that Google picks up all the naff glossary pages from vendors such as Kemp and F5 when you look for more information on load balancers.

Hi Melissa - great article. Could you let me know what software you used for those animated diagrams? (Not sure if I am the 1000th person to ask this question)

Melissa, Very clear article with great diagrams… Do I take it that the DigitalOcean solution is based on your own implementation of HAProxy? If so is it possible to customise the configuration file directly? Or would you have to set up your own HAProxy as discussed in your other blog? https://www.digitalocean.com/community/tutorials/how-to-set-up-highly-available-haproxy-servers-with-keepalived-and-floating-ips-on-ubuntu-14-04 I was wondering if you could change the configuration to help prevent DDOS attacks? https://www.loadbalancer.org/blog/simple-denial-of-service-dos-attack-mitigation-using-haproxy-2 Even the simple addition of: timeout http-request 5s Would help stop slow HTTP attacks.