How To Install Rails, Apache, and MySQL on Ubuntu with Passenger
View

How To Configure Apache HTTP with MPM Event and PHP-FPM on FreeBSD 12.0

By Albert Valbuena
Developer and author at DigitalOcean.

The author selected the Open Internet/Free Speech Fund to receive a donation as part of the Write for DOnations program.

The Apache HTTP web server has evolved through the years to work in different environments and solve different needs. One important problem Apache HTTP has to solve, like any web server, is how to handle different processes to serve an http protocol request. This involves opening a socket, processing the request, keeping the connection open for a certain period, handling new events occurring through that connection, and returning the content produced by a program made in a particular language (such as PHP, Perl, or Python). These tasks are performed and controlled by a Multi-Processing Module (MPM).

The MPM Event module is a fast multi-processing module available on the Apache HTTP web server.

PHP-FPM is the FastCGI Process Manager for PHP. The FastCGI protocol is based on the Common Gateway Interface (CGI), a protocol that sits between applications and web servers like Apache HTTP. This allows developers to write applications separately from the behavior of web servers. Programs run their processes independently and pass their product to the web server through this protocol. Each new connection in need of processing by an application will create a new process.

By combining the MPM Event in Apache HTTP with the PHP FastCGI Process Manager (PHP-FPM) a website can load faster and handle more concurrent connections while using fewer resources.

In this tutorial you will improve the performance of the FAMP stack by changing the default multi-processing module from pre-fork to event and by using the PHP-FPM process manager to handle PHP code instead of the classic mod_php in Apache HTTP.

You’ll begin by looking for the pre-fork directive in the httpd.conf file. This is the main configuration file for Apache HTTP in which you can enable and disable modules. You can edit and set directives such as the listening port where Apache HTTP will serve content or the location of the content to display in this file.

To make these changes, you’ll use the nl, number line, program, with the -ba flag to count and number lines so that nothing is mismatched at a later stage. Combined with grep this command will first count all the lines in the file specified in the path, and once finished, it will search for the string of characters you’re looking for.

Run the following command so that the nl program will process and number the lines in httpd.conf. Then, grep will process the output by searching for the given string of characters 'mod_mpm_prefork':

As output you’ll see something similar to:

Let’s edit line 67 with your text editor. In this tutorial, you’ll use vi, which is the default editor on FreeBSD:

Append a # symbol at the beginning of the line so this line is commented out, like so:

By appending the # symbol you’ve disabled the pre-fork MPM module.

Now you’ll remove the # symbol in line 66 to enable the Event MPM:

The directive will now read as follows:

Now that you’ve switched the configuration from the MPM pre-fork to event, you can remove the mod_php73 package connecting the PHP processor to Apache HTTP, since it is no longer necessary and will interfere if it remains on the system:

Make sure the configuration is correct by running the following command to test:

If you see Syntax OK in your output, you can restart the Apache HTTP server:

Note: If there are other running HTTP connections on your server a graceful restart is recommended instead of a regular restart. This will ensure that users are not pushed out, losing their connection:

You’ve switched the MPM from pre-fork to event and removed the mod_php73 module connection PHP to Apache HTTP. In the next step you’ll install the PHP-FPM module and configure Apache HTTP so that it can communicate with PHP more quickly.

Step 2 — Configuring Apache HTTP to Use the FastCGI Process Manager

FreeBSD has several supported versions of PHP that you can install via the package manager. On FreeBSD different binaries of the various available versions are compiled instead of using just one like most GNU/Linux distributions offer in their default repositories. To follow best practice you’ll use the supported version, which you can check on at PHP’s supported versions page.

In this step you’ll add PHP-FPM as a running service to start at boot. You’ll also configure Apache HTTP to work with PHP by adding a dedicated configuration for the module as well as enabling some further modules in httpd.conf.

First you’ll append 'php_fpm_enable=YES' to the /etc/rc.conf file so the PHP-FPM service can start. You’ll do that by using the sysrc command:

Now you’ll add the php-fpm module into the Apache module’s directory, so it is configured to be used by Apache HTTP. Create the following file to do so:

Add the following into 030_php-fpm.conf:

This states that if the module 'proxy_fcgi' is enabled as well as the 'dir_module' then any processed files matching the extensions in parentheses should be handled by the FastCGI process manager running on the local machine through port 9000—as if the local machine were a proxy server. This is where the PHP-FPM module and Apache HTTP interconnect. To achieve this, you’ll activate further modules during this step.

To enable the proxy module, you’ll first search for it in the httpd.conf file:

You’ll uncomment the line by removing the # symbol:

The line will look as follows once edited:

Now you can activate the FastCGI module. Find the module with the following command:

You’ll see something similar to the following:

Now uncomment the line 133 as you’ve already done with the other modules:

You’ll leave the line as follows:

Once this is done you’ll start the PHP-FPM service:

And you’ll restart Apache so it loads the latest configuration changes incorporating the PHP module:

You’ve installed the PHP-FPM module, configured Apache HTTP to work with it, enabled the necessary modules for the FastCGI protocol to work, and started the corresponding services.

Now that Apache has the Event MPM module enabled and PHP-FPM is present and running, it is time to check everything is working as intended.

In order to check that the configuration changes have been applied you’ll run some tests. The first one will check what multi-processing module Apache HTTP is using. The second will verify that PHP is using the FPM manager.

Check the Apache HTTP server by running the following command:

Your output will be as follows:

You can repeat the same for the proxy module and FastCGI:

The output will show:

If you would like to see the entire list of the modules, you can remove the the second part of the command after -M.

It is now time to check if PHP is using the FastCGI Process Manager. To do so you’ll write a very small PHP script that will show you all the information related to PHP.

Run the following command to write a file named as follows:

Now visit your server’s URL and append info.php at the end like so: http://your_server_IP_address/info.php.

The Server API entry will be FPM/FastCGI. 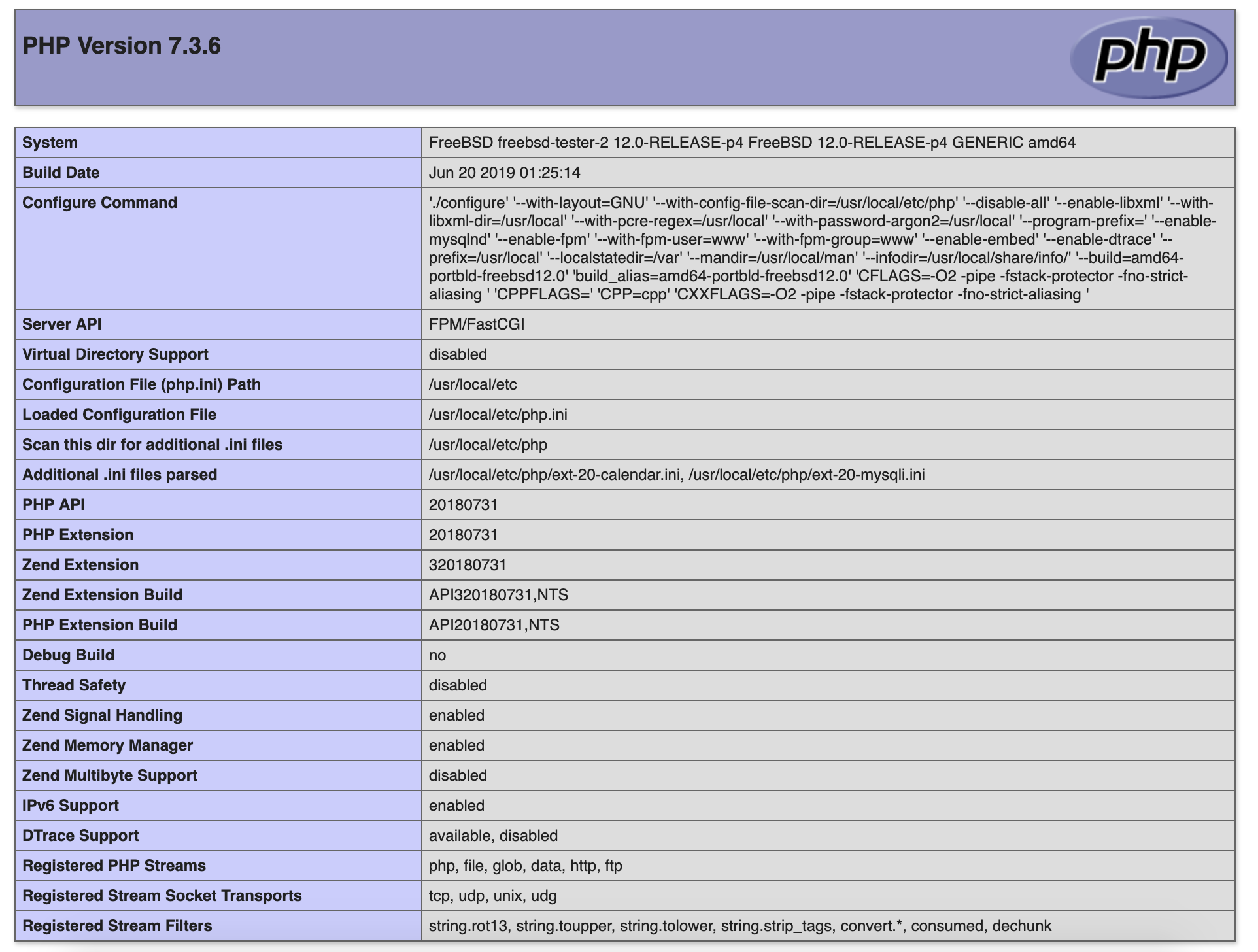 Remember to delete the info.php file after this check so no information about the server is publicly disclosed.

You’ve checked the working status of the MPM module, the modules handling the FastCGI, and the handling of PHP code.

I have followed this HOWTO to the letter, but when I try to access a WordPress site, it does not load the site, but instead fetched the info.php file instead of processing it. I have read the HOWTO 4 times and not sure what I have missed.