How To Install the Django Web Framework on CentOS 7

By Justin Ellingwood
Developer and author at DigitalOcean.

Django is a powerful framework for writing Python web applications. Using a full-featured framework like Django allows you to get your applications and sites up and running quicker without having to worry about the common structural code to tie it together. Frameworks let you focus on the unique portions of your application and let the tools do the heavy lifting.

In this guide, we will demonstrate various methods of installing Django on a CentOS 7 server. After installation, we will briefly show you how to start a project to use as the basis for your site.

You will now have access to all of the applications maintained within the EPEL repository.

If you wish to install Django using the EPEL repository, the process is very straight forward.

You can simply use the yum package manager to download and install the relevant packages:

You can install pip from the EPEL repositories by typing:

Once you have pip, you can easily install Django globally by typing:

As you can see, the version available through pip is more up-to-date than the one from the EPEL repository (yours will likely be different from the above).

We will begin by installing pip from the EPEL repository:

Once pip is installed, you can use it to install the virtualenv package by typing:

In your new environment, you can use pip to install Django. Note that you do not need to use sudo since you are installing locally:

To do so, you will need to install git on your system with yum. We will also install the pip Python package manager. We will use this to handle the installation of Django after it has been downloaded:

Once the repository is cloned, you can install it using pip. We will use the -e option to install in “editable” mode, which is needed when installing from version control:

Note: If you were already in a project directory that you created for use with the virtualenv command, you can tell Django to place the management script and inner directory into the current directory without the extra layer by typing this (notice the ending dot):

If the migrate command doesn’t work, you likely are using an older version of Django (perhaps instal. Instead, you can type:

Once you have a user, you can start up the Django development server to see what a fresh Django project looks like. You should only use this for development purposes. Run: 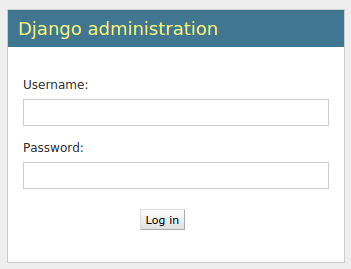 You should now have Django installed on your CentOS 7 server, providing the main tools you need to create powerful web applications. You should also know how to start a new project and launch the developer server. Leveraging a complete web framework like Django can help make development faster, allowing you to concentrate only on the unique aspects of your applications.

Here is a video url How to install pip, virtualenv, django on Centos 7-- Django tutorial series lecture 1 that will help you much more than others because it’s so clear to understand.

I am new to Python and Django and i found this tutorial easy to use so i was following the steps for Install through pip in a Virtualenv as i managed to install pip. it was working fine till i run pip install django command i got this output:

And after that when i try checking the version using django-admin --version command i got this error which i don’t understand:

Can anyone please help me with this error please.