Deploying React Applications with Webhooks and Slack on Ubuntu 16.04
View

How To Build a Modern Web Application to Manage Customer Information with Django and React on Ubuntu 18.04
View

Published on July 11, 2018
By Holly Girouard
Developer and author at DigitalOcean.

In part one of this series we demoed reactstrap to create simple forms quickly and efficiently. In this installment, we’re going to use Font Awesome 5 to add some SVG icons and make our forms even more attractive.

Note: Font Awesome 5.1 welcomed huge improvements which included a complete rewrite of the codebase. If you are using version 4, follow their upgrade steps to ensure consistency.

FA went all out with version 5 by rewriting their entire codebase and providing users with new and refreshing features.

V5 adds a wide variety of icons (over 1000!) and even category packs that include travel, emoji 😍, and design in a fancy SVG format.

Additionally, there are FA packages (like the one we’re about to use!) for React, Angular, Vue and Ember.

Check out their update page for the full scoop.

Let’s pick up from where we left off in part one. We took the liberty of adding some CSS to get an 🐊.io feel.

To get started, we’re going to install react-fontawesome along with the SVG libraries fontawesome-svg-core and fontawesome-svg-icons. The packages we’re installing only contain the free version. If you’re looking to utilize new pro icons and styles, check out their Github repo for additional installation and configuration instructions.

Here’s how to install what’s needed via npm or Yarn:

Now that we’re golden on the installation, we’re going to jump right in and implement these bad boys.

There are multiple ways to use FA icons but we’re going to focus on building a library to easily access all icons throughout an app.

In our App.js file, we’re going to import the icons we need.

In this example we’re going to use the envelope and key icons. All icons can be found in Font Awesome’s icon library. All icon imports are converted to camelCase with fa at the start leaving out all the dashes. For example, the key icon will be imported as faKey. We’ll start by importing the required files and calling fontawesome-svg-core’s 'library.add to pull our icons.

As our project grows, we only need to import and add icons to our library in App.js. Imagine that we have a component called SignUp.js where we need to use these icons. Since they have already been added to the library in App.js we simply add the import below for the ** component.

Next, as part of the Username label, we’re going to use the FontAwesomeIcon component.

Notice that the icon name provided isn’t written the same as when it’s imported. When passing the icon name as a prop to the FontAwesomeIcon component, we only need the icon’s name in lowercase letters. For additional styling I also added a className. Now just rinse and repeat for the key icon. The result should look something like this: 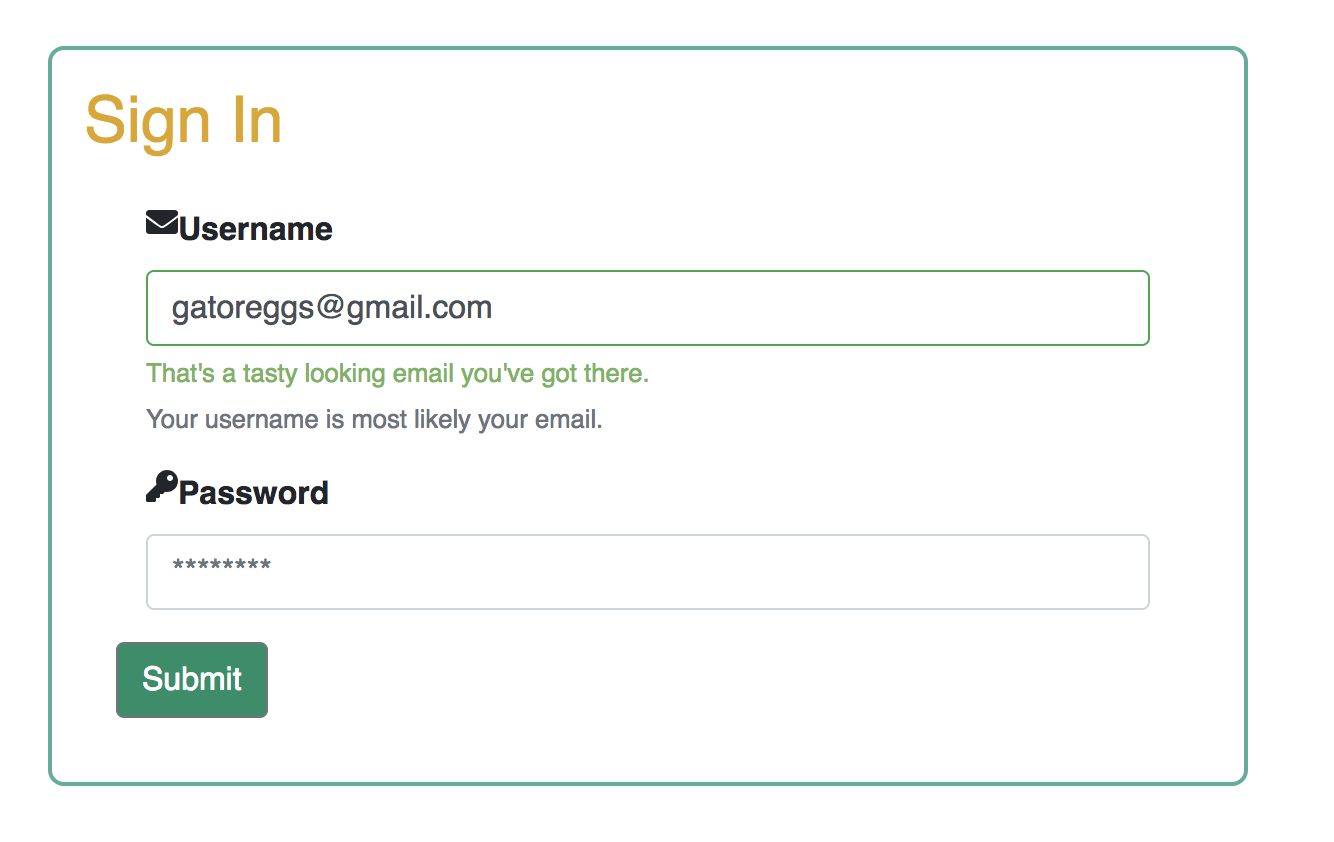 Our icons and text are a little squished and, dare I say, boring, so let’s add a space between the icon and the label text and change the icon’s color and size:

As you can see, the FontAwesomeIcon component can take a few different props to change the icon style. Here we used the color and size props. The size prop expects a string value like xs, lg, 2x, 3x… There are quite a few more props that can be passed-in. Notably, the spin and pulse boolean props will have the icon rotate on itself. 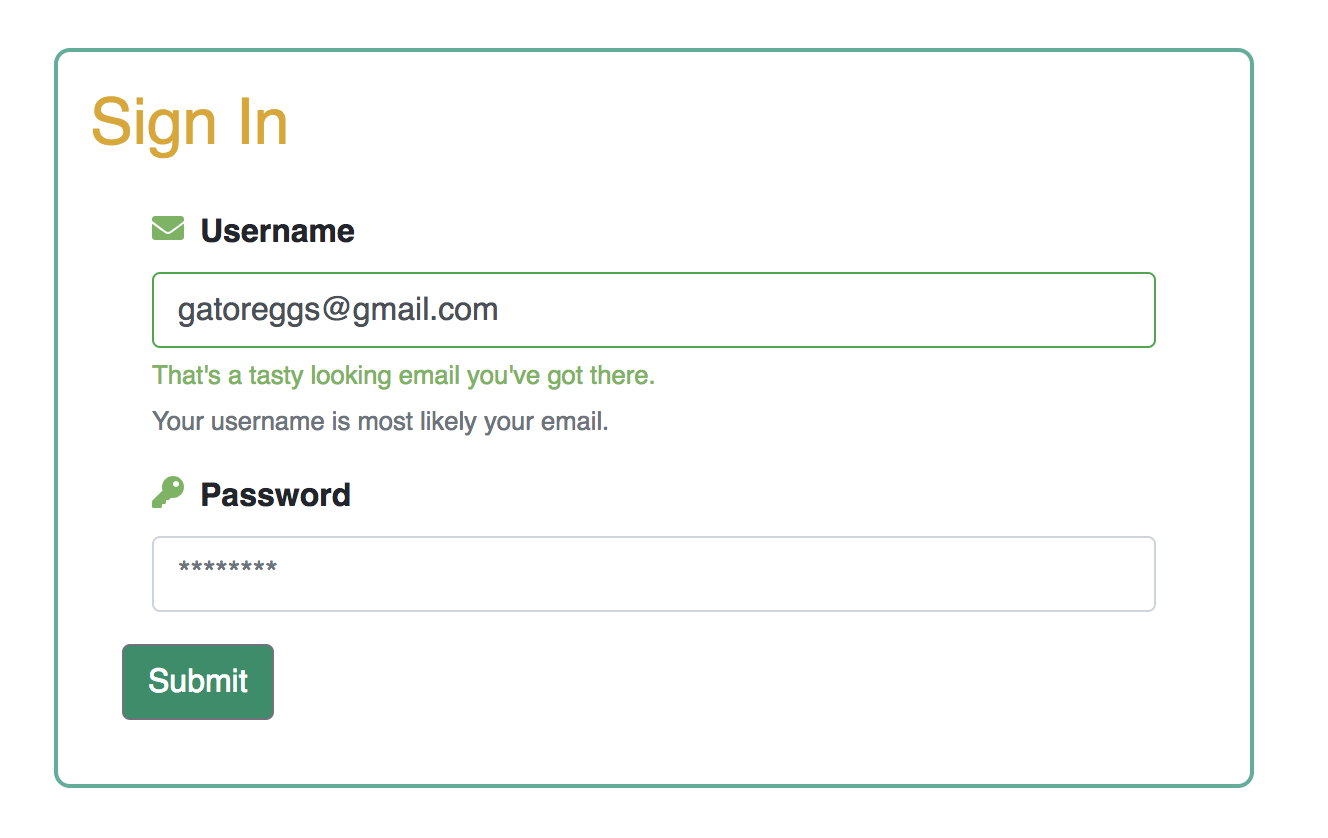 That’s all there is too it! Look at that lovely UI.