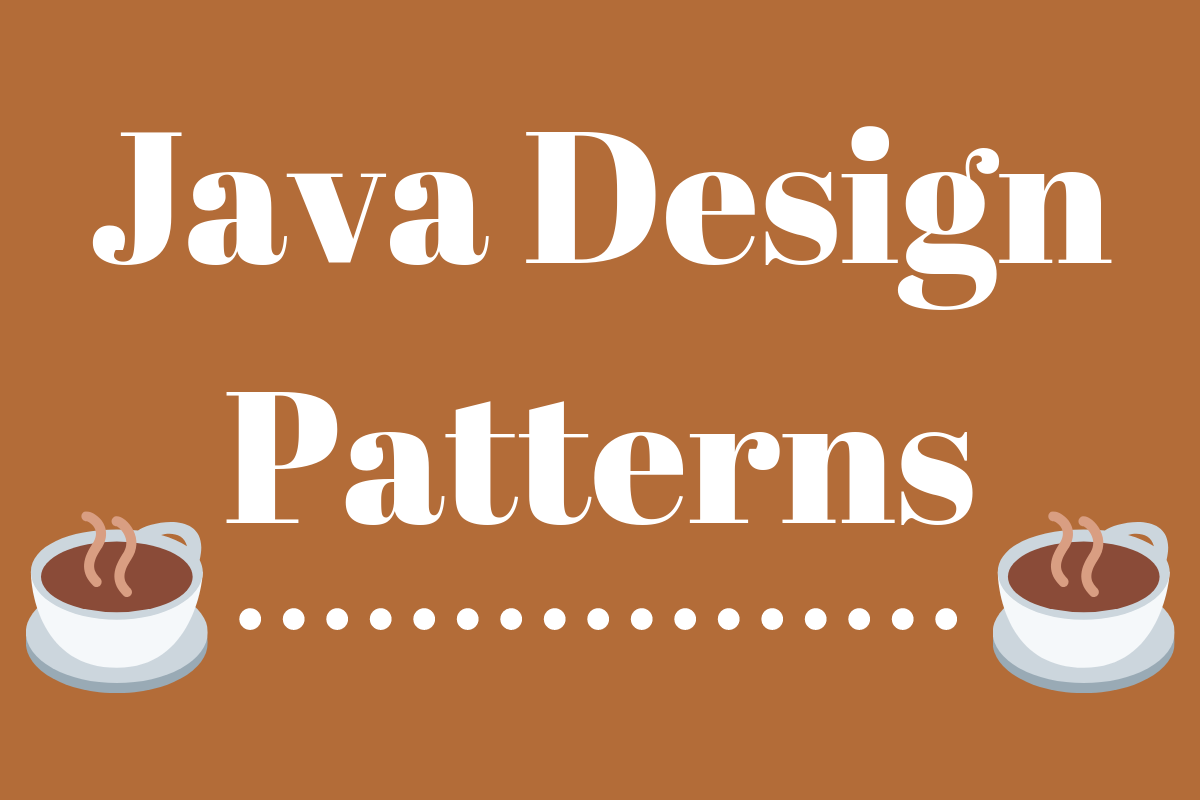 Design patterns are very popular among software developers. A design pattern is a well-described solution to a common software problem.

Some of the benefits of using design patterns are:

This article serves as an index for all the Java design pattern articles.

The factory design pattern is used when we have a superclass with multiple subclasses and based on input, we need to return one of the subclasses. This pattern takes out the responsibility of the instantiation of a Class from the client program to the factory class. We can apply a singleton pattern on the factory class or make the factory method static.

The builder pattern was introduced to solve some of the problems with factory and abstract Factory design patterns when the object contains a lot of attributes. This pattern solves the issue with a large number of optional parameters and inconsistent state by providing a way to build the object step-by-step and provide a method that will actually return the final Object.

The prototype pattern is used when the Object creation is costly and requires a lot of time and resources, and you have a similar Object already existing. So this pattern provides a mechanism to copy the original Object to a new Object and then modify it according to our needs. This pattern uses Java cloning to copy the Object. The prototype design pattern mandates that the Object which you are copying should provide the copying feature. It should not be done by any other class. However, whether to use the shallow or deep copy of the object properties depends on the requirements and is a design decision.

The composite pattern is used when we have to represent a part-whole hierarchy. When we need to create a structure in a way that the objects in the structure have to be treated the same way, we can apply the composite design pattern.

The proxy pattern provides a placeholder for another Object to control access to it. This pattern is used when we want to provide controlled access to functionality.

The facade pattern is used to help client applications easily interact with the system.

The decorator design pattern is used to modify the functionality of an object at runtime. At the same time, other instances of the same class will not be affected by this, so the individual object gets the modified behavior. The decorator design pattern is one of the structural design patterns (such as adapter pattern, bridge pattern, or composite pattern) and uses abstract classes or interface with the composition to implement. We use inheritance or composition to extend the behavior of an object, but this is done at compile-time, and it’s applicable to all the instances of the class. We can’t add any new functionality to remove any existing behavior at runtime – this is when the decorator pattern is useful.

Behavioral patterns provide a solution for better interaction between objects and how to provide loose-coupling and flexibility to extend easily.

Note: Learn more about the Chain of Responsibility Pattern.

One of the best examples of this pattern is the Collections.sort() method that takes the Comparator parameter. Based on the different implementations of comparator interfaces, the objects are getting sorted in different ways.

The state design pattern is used when an Object changes its behavior based on its internal state. If we have to change the behavior of an Object based on its state, we can have a state variable in the Object and use if-else condition block to perform different actions based on the state. The state pattern is used to provide a systematic and loosely-coupled way to achieve this through context and state implementations.

The visitor pattern is used when we have to perform an operation on a group of similar kinds of objects. With the help of a visitor pattern, we can move the operational logic from the objects to another class.

The interpreter pattern is used to define a grammatical representation of a language and provides an interpreter to deal with this grammar.

Memento pattern is implemented with two Objects – originator and caretaker. The originator is the Object whose state needs to be saved and restored, and it uses an inner class to save the state of Object. The inner class is called “Memento”, and it’s private so that it can’t be accessed from other objects.

The Data Access Object (DAO) design pattern is used to decouple the data persistence logic to a separate layer. DAO is a very popular pattern when we design systems to work with databases. The idea is to keep the service layer separate from the data access layer. This way we implement the separation of logic in our application.

Model-View-Controller (MVC) Pattern is one of the oldest architectural patterns for creating web applications.

You can check out Java design patterns example code from our GitHub Repository.

Hi, There are a few more patterns that could be added, namelly: repository pattern, unit of work, at least.

hey thanks for this! have you got an example of a website using patterns? I want to see the result. Thanks!

Hi Pankaj, Thanks for these pdf books. Within 2 minutes of registration all the books was available in my mail box. Really appreciate your efforts. Looking forward for books on Spring Security, Spring REST and many more.

Hi Pankaj, I really love your blogs as they are quite detailed. The only thing which is bothering me is that the ADD pop-ups on your website. They are really ruining the User Experience which I hope you understand is one of the important part of any website UI. If you can do something about it then that would really help. Thanks, Shubham

Hi, Which one are J2EE Design Patterns, are they on the list above? And which one are the most common and must know them on interview? One more question. All those tutorials for beginners java developers (yt, udemy,…) are created usually in which design pattern? I never before pay attention on design patterns. On all tutorials which I use, free and bought I never heard any of those teacher that they are mentioned any design pattern. I know they exist but how I see at the interview they ask about them.

Thanks for this excellent collection.

This is the 100th time I am returning to this page. Great content I always come here to get the information about the design patterns to re-revise. Thank you for the content

Not receiving the book. Button only sticks to sending…